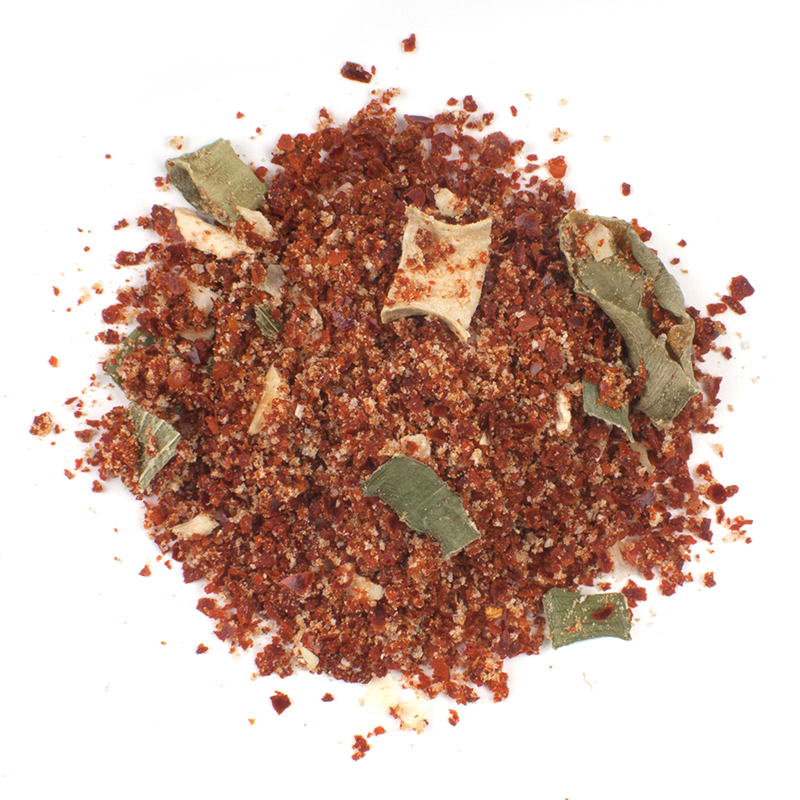 Kimchi Spice makes creating your own authentically flavored homemade kimchi easier than ever before. Simply use it to season prepped vegetables, set aside over night, and you’ll have kimchi.

Whisk 3/4 cups boiling water into 80g Kimchi Spice. Stir into cabbage. Return to jars and cover loosely. Allow to stand at room temperature for 12 to 18 hours, then refrigerate. Fermentation will continue even when refrigerated and kimchi will grow effervescent with time. Use within 1 month.

Kimchi, the famously fiery fermented vegetables pickled with Korean chiles, herbs and spices, is a signature, staple dish in Korean homes and restaurants. Kimchi Spice makes creating your own authentically flavored, homemade kimchi easier than ever before. Simply add it to prepped vegetables and set aside overnight to begin the fermentation process.

It is almost impossible to overstate how important kimchi is to Korean cuisine and even Korean culture. Kimchi (sometimes spelled “kimchee,” “jimchee” or even “gimchee”) has been made in Korea since at least the 7th century. At that time pickling vegetables was a key technique for preserving enough of the fall harvest to sustain the population through the cold Korean winter.

Originally the brine used to pickle vegetables into what came to be known as kimchi was flavored only with sea salt, garlic and onions. However during the 12th century the international spice trade began to develop allowing the use of additional flavor components in the fermentation process. Then in the 18th century dried chiles made their way from New World colonies through European nations to Asian countries including Korea. Red chiles, dried and used as flakes or ground into chile paste, were eagerly adopted as a way to add additional flavor and nutritional value to kimchi and other traditional Korean foods.

In what has come to be viewed as one of the most traditional “kimjang,” or methods of producing kimchi, whole Napa cabbage heads were submerged in large clay vessels filled with brine. Over the course of days or even weeks, the cabbages were transferred among urns containing brines of varying salinity. Eventually the process of soaking brine was amended to include rubbing the vegetables red chile paste (such as gochujang) and rice flour which encouraged further fermentation. This long process was thought to add layers of deep flavor to the pickled cabbages, which were called “Baechu-kimchi,” or salted cabbage kimchi.

Various other vegetables were also traditionally pickled in their own kimjang. The processes eventually evolved according to the seasonal schedules with each fresh harvest resulting in a specific style kimchi, such as “Kkakdugi” or diced winter radish kimchi in the winter, “Yeolmu-kimchi” made from young radishes in the summer, and “Oi-so-bagi” or cucumber kimchi made in the spring and summer.

Kimchi Spice, which contains real gochugaru chiles and rice flour, can be used to make any of these traditional foods, or even as a seasoning added to other non-traditional foods. To use Kimchi Spice to make kimchi, prepped vegetables need only be soaked overnight in a salty brine, then rubbed with a paste made from stirring boiling water into Kimchi Spice. Fermentation begins during another rest at room temperature and continues at a slower pace once the kimchi is refrigerated until serving.

Kimchi, famously fiery fermented vegetables pickled with Korean chiles, herbs and spices, is a staple dish in Korean homes and restaurants. Our Kimchi Spice makes creating your own authentically flavored kimchi easier than ever before. 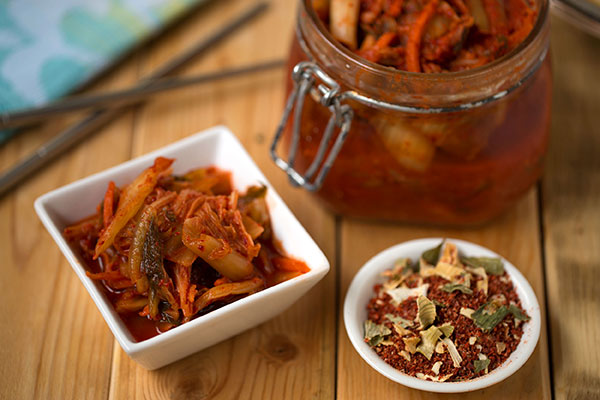