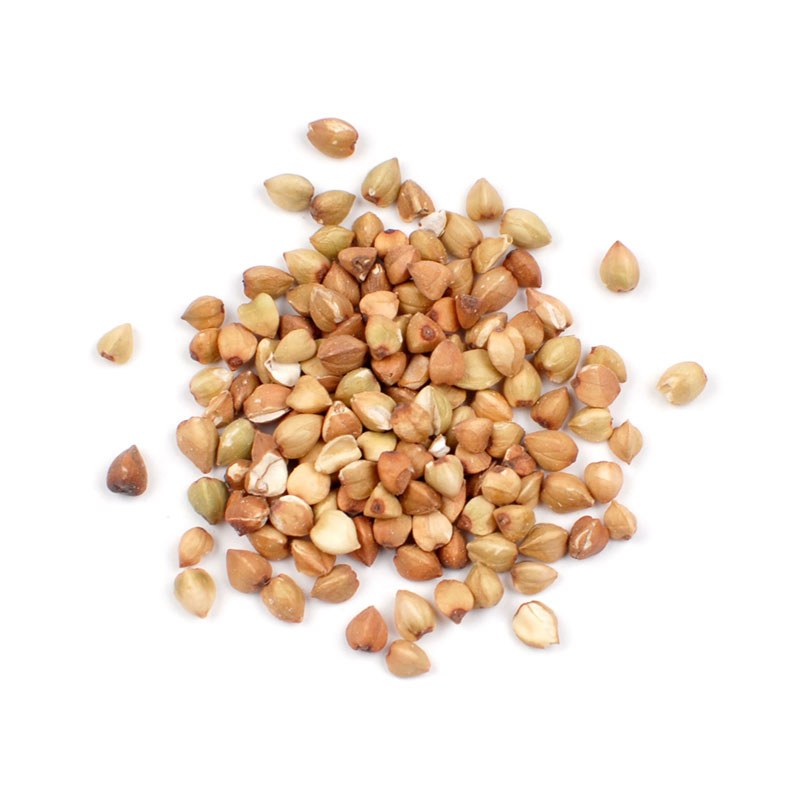 Roasted Buckwheat Groats, or Kasha, are the small, angular hulled and roasted seeds of the buckwheat plant. This version of buckwheat is widely popular in Russia, and is gaining popularity worldwide because of its hearty flavor and nutritional benefits.

Ready to use. Soak in water to soften.

Roasted Buckwheat Groats, also known as kasha, are the small angular seeds of the buckwheat plant roasted to enhance flavor and provide ease of use. Often mistaken for a cereal grain, this gluten-free cousin of rhubarb is actually not related to wheat.

Buckwheat Groats are the whole, hulled form of buckwheat. They are excellent for use in salads, stuffings and pilafs. Perhaps the best-known method of preparing Buckwheat Groats is in porridge form. The dish, called "kasha" by the Russian and Polish peasants who brought it to the United States, was served with pasta or used as filling for knishes and blintzes.

Kasha varnishkes, a traditional Ashkenazi Jewish dish brought to the United States by immigrants from Eastern Europe, consists of buttery bowtie pasta tossed with kasha and onions. The kasha, or roasted buckwheat groats, brings a nutty, toasted flavor and intriguing texture to the dish. 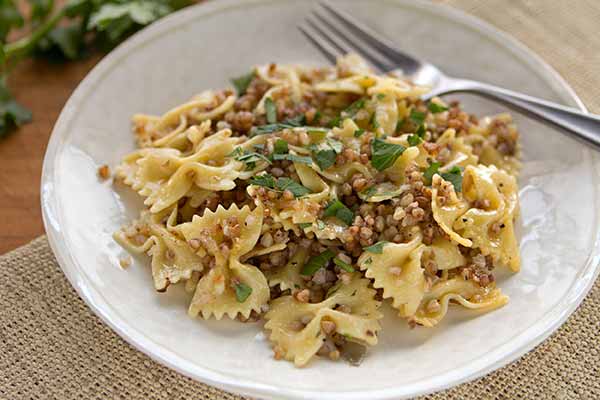