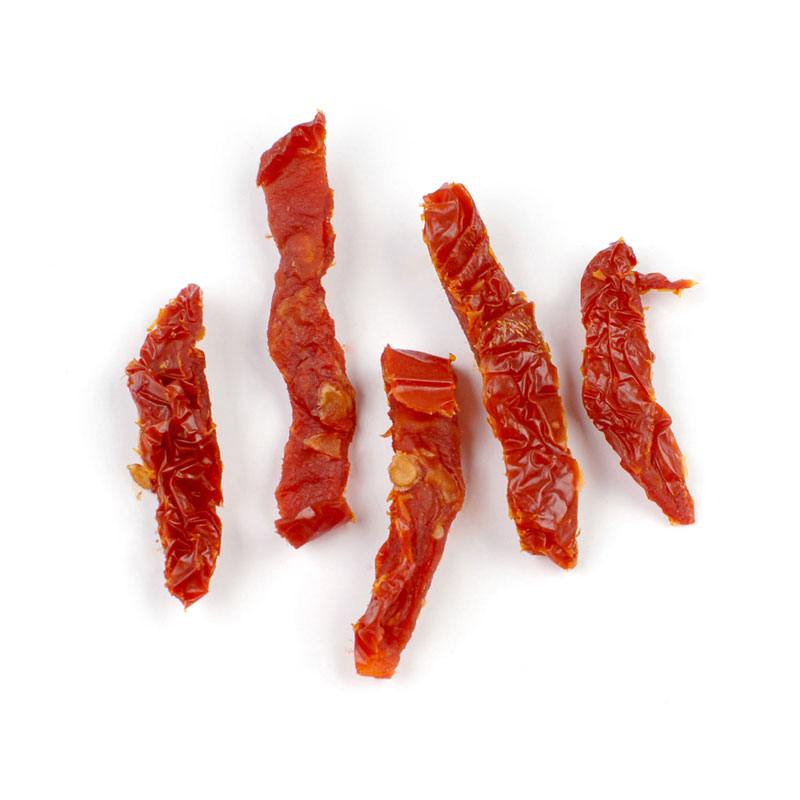 Use as is or blanch tomatoes for 30 seconds in boiling water to bring out their flavor and soften their texture.

Our Julienne Super Red Sun-Dried Tomatoes are vine-ripened tomatoes picked at their ripest then sliced into halves, dried, then cut into thin julienne strips. Drying concentrates the rich, sweet flavor of the tomatoes, and we use a variety of techniques to preserve their bright red color and overall freshness.

Dress up chicken salad in shades of red with our Super-Red Sun-Dried Tomatoes and a hint of smoky paprika. Sweet and extra-soft, these sun-concentrated gems add just the right chew and tang to this lunch bag standard. Serve it in a sandwich or wrap, or let it shine over lightly dressed field greens. 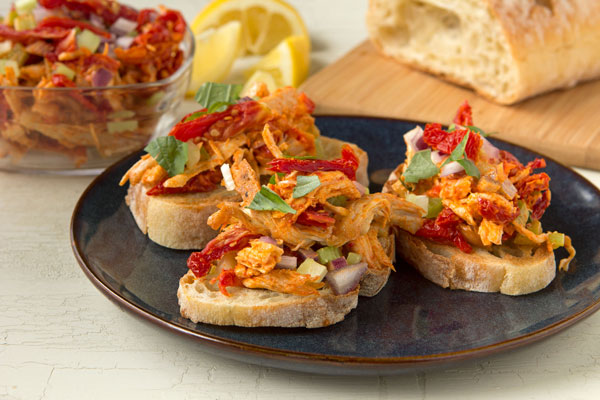