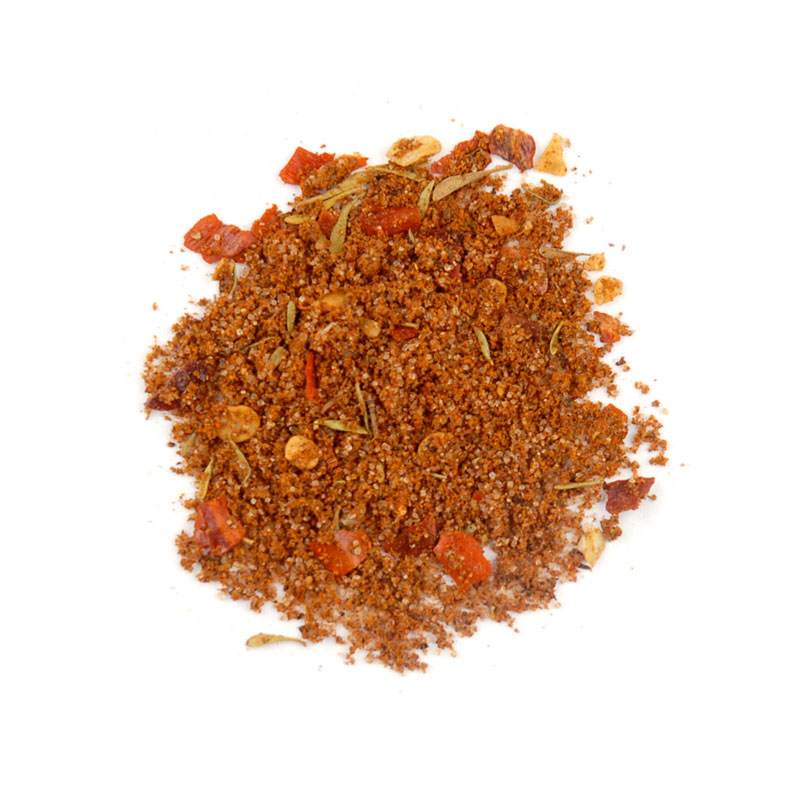 Jamaican Jerk Seasoning is a sweet, hot and tangy blend that imparts the classic Caribbean flavors of allspice, thyme and chiles. Use as a dry rub or marinade on meat or seafood for an authentic Jamaican cooking experience.

Jerk refers to both a style of cooking and a spice blend influenced by Jamaica's diverse cultural history, with roots that go back to pre-slavery era West Africa.

Jerk cooking involves drying or grilling meat over open flames. Originally used mainly on pork and goat meat, Jerk Seasoning has become a popular seasoning for any kind of meat, especially chicken. The word "jerk" originated from the Quechua word "charqui," meaning "dried meat." This word eventually evolved to "jerky." Caribbean colonists learned the Native Americans' method of drying and curing meats and processed a great deal of meat in this way, as it was the most effective method of preserving meat in the heat of the Caribbean.

The unique combinations of spices that were used in these cured meats eventually evolved into what we now know as Jerk Seasoning. This flavorful dry rub was applied to meat and allowed to sit for several days before the smoking and drying process began. After completing the process, the finished product was a spicy, smoky jerky. Today, this spice blend is more often used to season freshly barbecued meats, especially chicken and pork.

Our Jamaican Jerk Seasoning imparts all the key flavors of jerk, including allspice, nutmeg, cloves, cinnamon, ginger, thyme, paprika, garlic, crushed red pepper and more. This sweet, savory, slightly spicy mixture can be dry rubbed or combined with water, citrus juice or rum to make a paste or marinade. It browns to a satisfying coat of flavor. 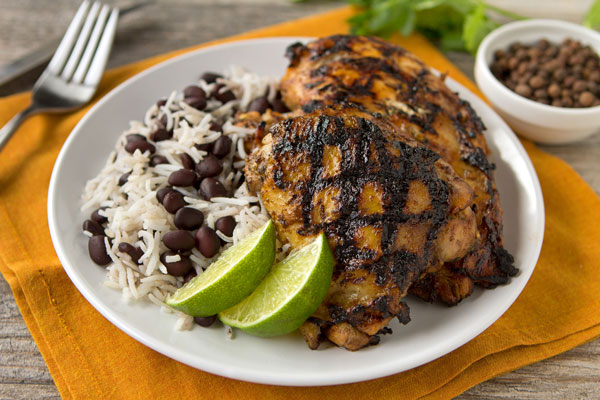