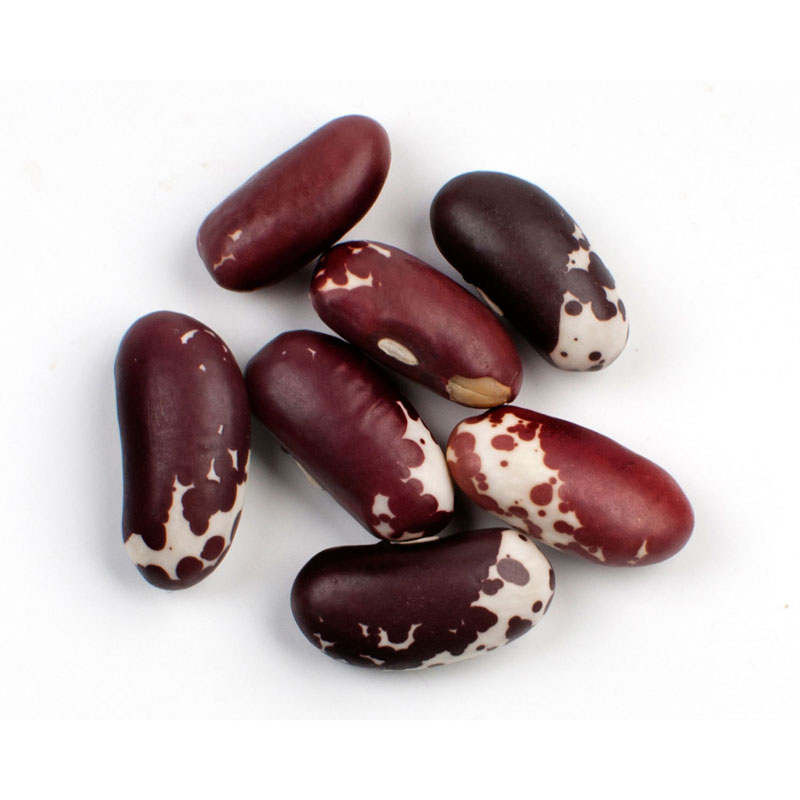 Jacob's Cattle Beans (sometimes called Trout Beans) are related to the kidney bean. A member of the legume family, this bean is full-flavored with a taste reminiscent of green beans.

Rinse thoroughly and soak overnight. Rinse and place in a large pot, covered with fresh water. Bring water to a boil for 3 minutes, reduce heat and simmer, covered, for 60 to 90 minutes, until tender. This bean produces foam when boiling, so skim the water regularly.

Jacob's Cattle Beans (Phaseolus vulgaris) are named for the Old Testament story of Jacob claiming all of the speckled and spotted cattle from his father-in-law's herd. With their burgundy and white speckled and mottled markings, Jacob's Cattle Beans are aptly named. These beans were first cultivated by the Passamaquoddy Indians of Maine in the 1700s, and according to popular legend, were given as a gift from the Passamaquoddy tribe to Joseph Clark, the first white child born in Lubec, Maine.

Beans are members of the larger family of legumes, a genre of plant species used for their edible seeds and pods, which boast a high nutrient density with low-maintenance production and storage. They contain high levels of protein, essential minerals and fiber while maintaining a low level of fats. Jacob's Cattle Beans are also an excellent source of magnesium and potassium and a good source of calcium and vitamin C.

Jacob's Cattle Beans are the standard for baked beans in the Northeastern United States, and are also ideal for chili.

In this twist on classic succotash, our Jacob’s Cattle Beans are used in place of fresh lima beans, giving the dish an earthier, richer flavor. The slightly sweet flavor of Jacob’s cattle beans pairs perfectly with the inherent sweetness of scallops and shrimp. 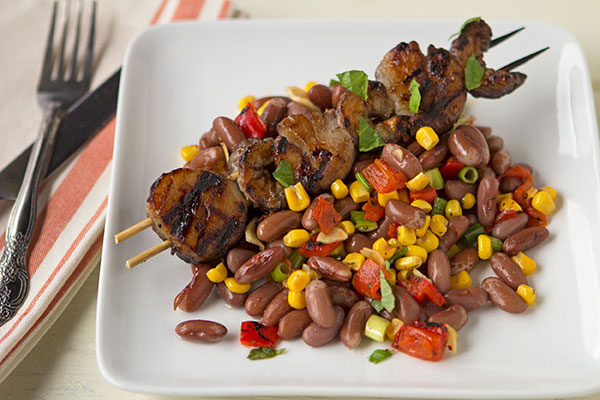