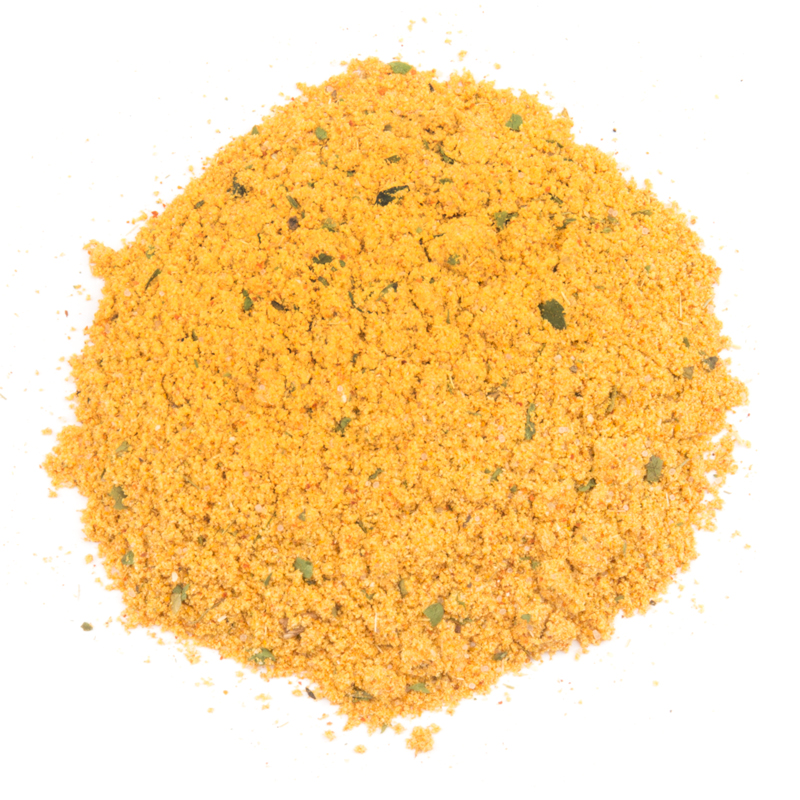 Add 8 ounces of cubed beef or chicken to a saucepan and toss with 1/3 cup Indonesian Rendang Curry Starter. Set aside for 5 minutes, then add 1 cup of water to the pan and simmer until the meat is tender. Add water if necessary to prevent burning, but cook until the liquid is completely absorbed and the meat is left to fry in the remaining fat for 2 to 3 minutes.

Rendang is a traditional Indonesian dish made with meat, a spiced sauce, and coconut milk. It originated with the Minangkabau people of West Sumatra, who first prepared it using water buffalo — an important domesticated animal in Minangkabau culture. Because water buffalo meat is tough, it required a long cooking time. In fact, the word “rendang” comes from the word “merendang”, meaning slow cooking. Traditionally, meat would be cooked very slowly until all liquids were fully absorbed. At that point, the meat is fried until blackened, a method which helped preserve meat in Indonesia’s tropical climate before refrigeration.

Today, rendang is usually eaten before all liquid is totally absorbed. Thanks to its long history, it is of great cultural significance to both Indonesians and Malaysians. For this reason, it is often prepared for weddings and other special ceremonies or celebrations. Along with meat, usually beef or chicken, and coconut milk, rendang contains a spice mixture which includes turmeric, coriander, garlic, chiles, lemongrass, tamarind, and cinnamon. Rendang was recently chosen as the number one dish of the

"World's 50 Most Delicious Foods” according to a poll of 35,000 people conducted by CNN International.