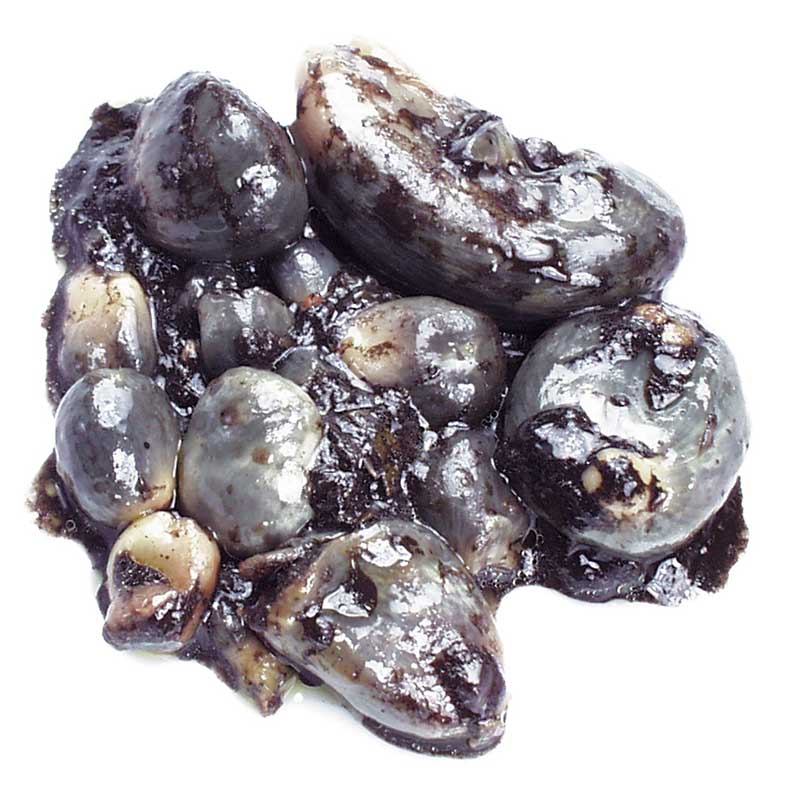 Huitlacoche, also called "corn truffle" or sometimes "corn mushroom," is an inky, gray-black mushroom that grows on ears of corn. The flavor of Huitlacoche is a cross between an almost smoky, earthy deep mushroom with hints of sweet corn.

Ready to use. Add as desired.

Huitlacoche (wheet-lah-KOH-chay), also called "Mexican corn truffle" or "maize mushroom" (Ustilago maydis), is not truly a mushroom, but a fungus that grows on ears of corn. It causes the kernels to turn an ashy gray and swell to up to 10 times their normal size. Called "galls," these infected kernels are made up of much-enlarged cells of the infected corn, fungal threads, and blue-black spores.

Although most American farmers consider it a plague that destroys infected ears, huitlacoche is considered a culinary delicacy in Mexican cuisine. Enthusiasts have compared huitlacoche to some wild mushrooms, but its flavor is best described as earthy and pungent, like a cross between mushroom and corn. When cooked, huitlacoche leaches an inky liquid that turns everything cooking with it black.

The Aztecs are said to have prized huitlacoche, scratching their corn stalks at the soil level to encourage its growth. Today, huitlacoche cultivation, although painstaking, is less of a guessing game. Ears of corn are individually inoculated with the Ustilago maydis fungus, and within 16 to 18 days the huitlacoche is ready for harvesting. Huitlacoche is currently being cultivated widely in Mexico and in limited quantities in several American states.

Huitlacoche, a fungus that grows on corn, is considered a delicacy in Mexico and is typically used as a filling for quesadillas, soups and tacos. Its earthy, mushroom-like flavor paired with the spicy heat of poblano chiles makes it a deliciously rich filling for corn or flour tortillas. 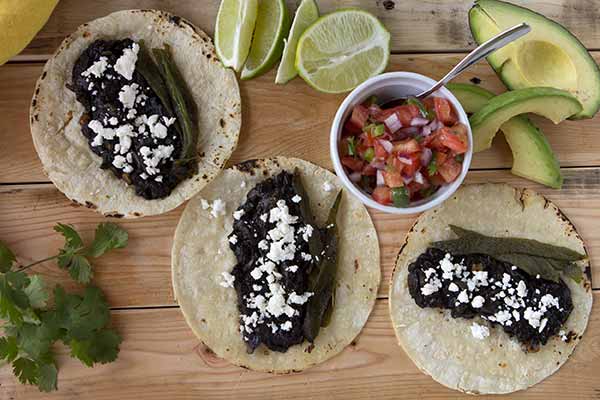