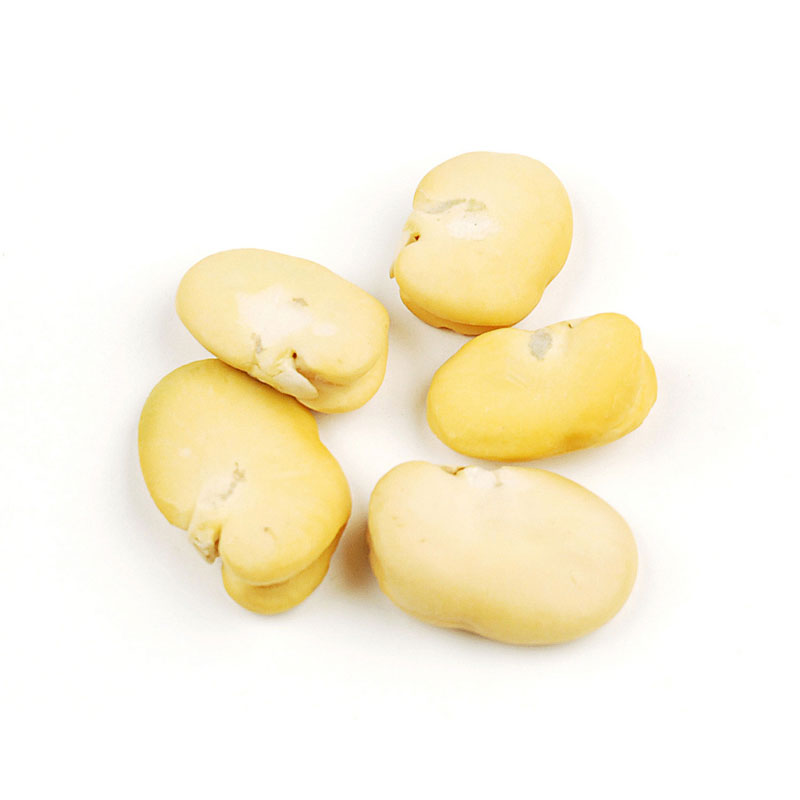 Peeled Fava Beans, called Habas, have a creamy pale yellow color, bold, earthy flavor and granular texture. Packed with fiber, protein, iron and vitamins, they are a staple of the Eastern Mediterranean diet and ethnic cuisines the world over.

Carefully sort beans and rinse thoroughly. Soak 1 cup of beans in water 4 to 6 hours or overnight. Drain. Place in a pot and add water to cover by 2 inches. Bring to a boil, then reduce heat to a simmer. Cook 20-25 minutes and strain.

Fava Beans (Vicia faba), also commonly known as "broad beans," are a flat, oval, green bean that grows inside a large, inedible pod. A translucent skin also surrounds each individual bean and is often removed prior to use, especially in mature beans. Peeled fava beans are also called habas.

The fava bean is thought to have originated in the Middle East and North Africa around 6000 B.C., and has been an important staple of the Eastern Mediterranean diet since ancient times. While it is a less widely known association, fava beans have been part of Chinese cooking since around 5000 B.C., and are especially utilized in the Szechuan region, where they are called simply "Szechuan beans."

Today, fava beans are widely cultivated all over the world, both as a cover crop for silage and for human consumption. The plant is very hardy, and can withstand harsh climates, but it prefers temperate and cool growing conditions. In the U.S., where it grows widely in temperate parts of the East and West Coasts, it ripens in mid spring and it is often considered a harbinger of warmer temperatures to come.

Cooked habas is eaten all over the world and has numerous culinary applications. It is often used in cold salads, dips and bruschetta, as part of falafel, and traditionally prepared in the national dish of Egypt, "ful," cooked Habas mashed with olive oil, garlic and lemon juice.

Habas con jamon is a common dish in Granada, Spain. Our dried Habas recreate this simple dish seamlessly. Serve with a fried egg and some toasted bread. 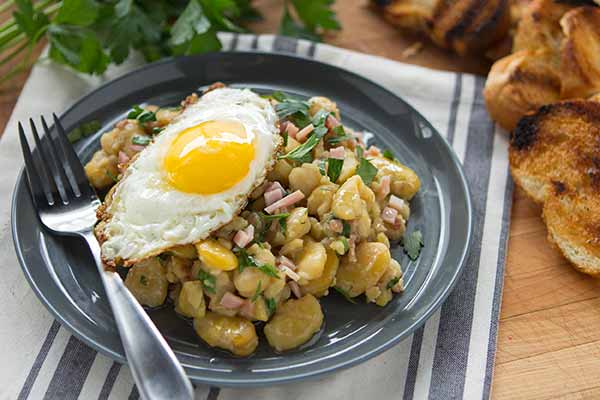