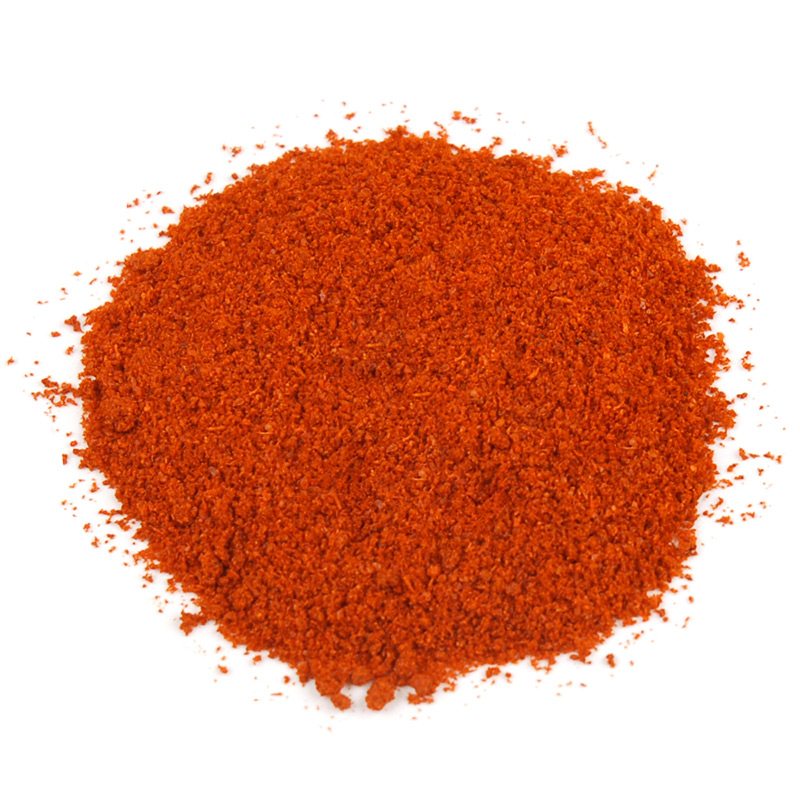 Guajillo Chile Powder is a convenient way to capture the iconic guajillo flavor fundamental to Mexican cuisine. The guajillo’s tart and tangy undertones are especially delicious when paired with other peppers for use in mole sauces.

The guajillo chile is the dried version of the mirasol pepper, a thin-skinned chile from the Zacatecas, Durango region of Mexico. Its complex notes include green tea, berry and pine nut. Its name translates to "little gourd" in Spanish, referring to its shape and rattling seeds when dried. Its tingle and bite also give it the nickname "travieso," meaning mischievous.

Guajillo is a main ingredient in traditional Mexican mole sauces, dating back to the origin of the sauce that was invented in the 16th century by Sor Andrea de la Asuncion, a Dominican nun in the city of Puebla. Its tart and tangy undertones are delicious when paired with the smoky nature of the other peppers used to make mole sauce.

Part of the Capsicum annuum family, these peppers have been part of the human diet in the Americas since at least 7500 BC. While they are now staples in many cuisines, they were not introduced to Europe and Asia until the late 1400s when they were brought to Spain and quickly traded for their culinary variety and as a cheaper alternative to pricey peppercorns. Guajillo chiles are one of the three "holy trinity" peppers of mole sauce, along with ancho and pasillo chiles.

Guajillo chile powder creates the signature sweet-and-smoky spice of al pastor. Thinly slicing the pork shoulder before marinating allows the lime juice and pineapple to more easily break down and tenderize the meat, making for a mouthwatering meal. 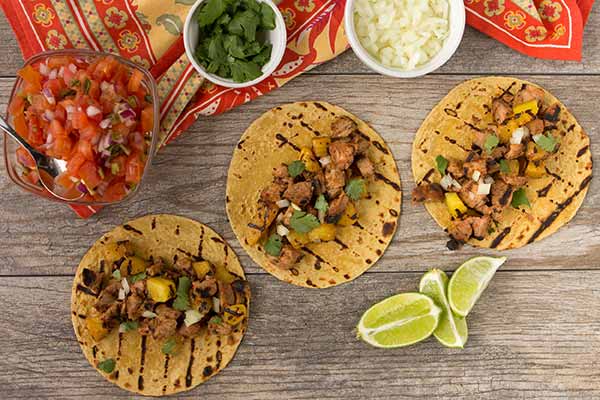