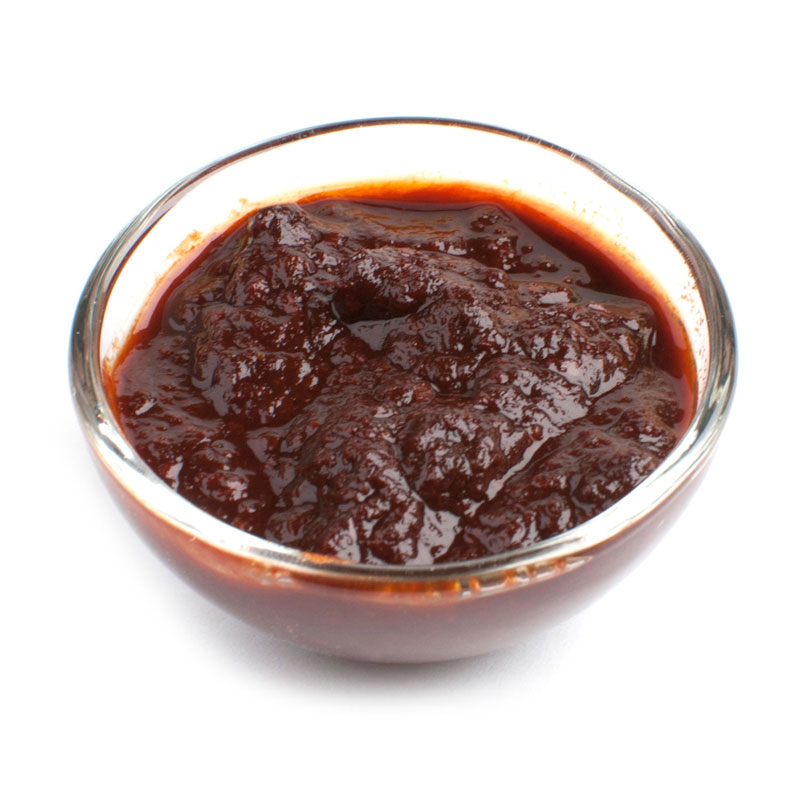 Guajillo Chile Paste is a convenient way to get the guajillo pepper flavor of authentic Mexican cooking. With a fruitier flavor than many other peppers of its kind, this pepper paste adds a tangy, berry-like punch to its spicy repertoire.

The Guajillo Chile is the dried version of the mirasol pepper, a thin-skinned chile from the Zacatecas, Durango region of Mexico. Its complex notes include green tea, berry and pine nut. Its name translates to "little gourd" in Spanish, referring to its shape and rattling seeds when dried. Its tingle and bite earn the Gujaillo the nickname "travieso," meaning mischievous, but Guajillo Chiles average only between 500 and 5,000 Scoville Heat Units.

It is a primary ingredient in traditional Mexican mole sauces, dating back to the origin of the sauce that was invented in the 16th century by Sor Andrea de la Asuncion, a Dominican nun in the city of Puebla. Its tart and tangy undertones are perfect paired with the smoky nature of the other peppers used to make mole sauce.

Guajillo Chiles are one of the three "holy trinity" peppers of the famous mole negro Oaxaqueno, the rich black mole sauce of the Oaxaca region of Mexico made with Guajillo, Ancho and Pasilla Chiles.

Our Guajillo Chile Paste lends a fruity and pleasantly spicy flavor to this easy, one-pot Mexican dish. Tomatoes and a host of spices combined with the fragrant chile paste creates a thick, flavorful rub for chicken and other grilled meats. 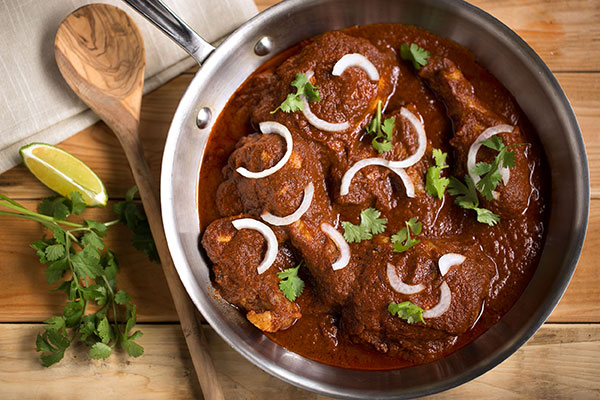