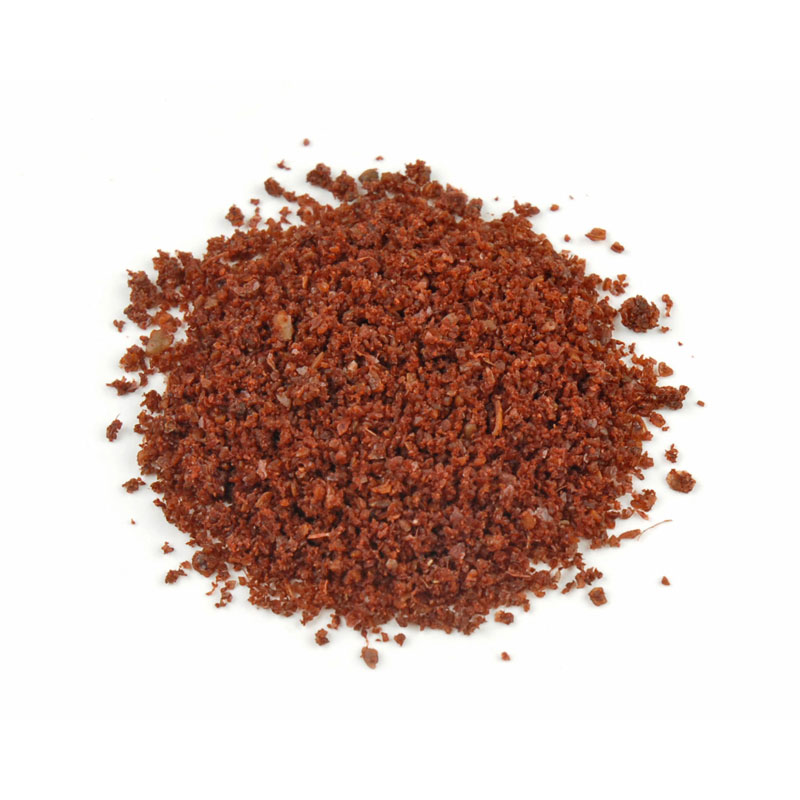 Ground Sumac is simply the tangy, citrusy powder from the fruit of the sumac shrub, most often used in classic Middle Eastern seasonings.

The deep brick-red berries of the sumac bush, or "staghorn sumac," is ideal for adding a tart flavor to a recipe. Its berry-like, lemony essence gives all the flavor of citrus without the acidic nature. Most typically used in Middle Eastern spice blends and cuisine, this classic seasoning is typically used in za'atar spice rubs or added to tabbouleh salads. Where some cultures might use vinegar or lemon juice, sumac is used in these cultures for flavor brightness. Our Ground Sumac is lightly salted to accentuate flavor.

While Ground Sumac is mostly used as a souring agent in Middle Eastern, mostly Lebanese, cuisine, its roots date back to ancient Greek and Roman times where it was used as a wool dye or for tanning leather. It was later used in medieval times as a treatment for dozens of ailments. Today, the berry is found to have antimicrobial properties and to be rich in antioxidants, providing support for the colon, liver, lungs and lymphatic system.

Often used in classic Middle Eastern cooking, ground sumac is simply the powder from the fruit of the sumac shrub. Its slightly tangy, citrus-like tones are the perfect accompaniment to char-grilled chicken, and the preparation and brick cooking in this recipe guarantee a quick, crisp result. 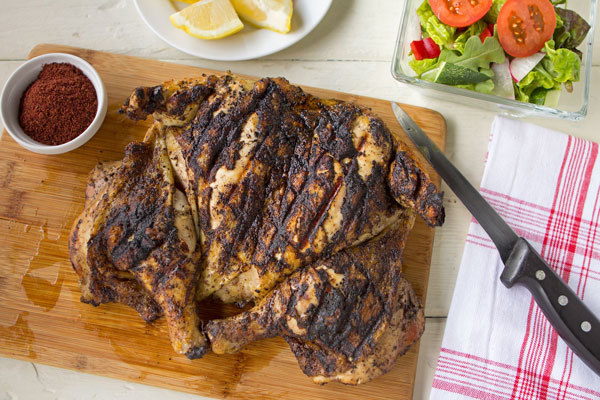