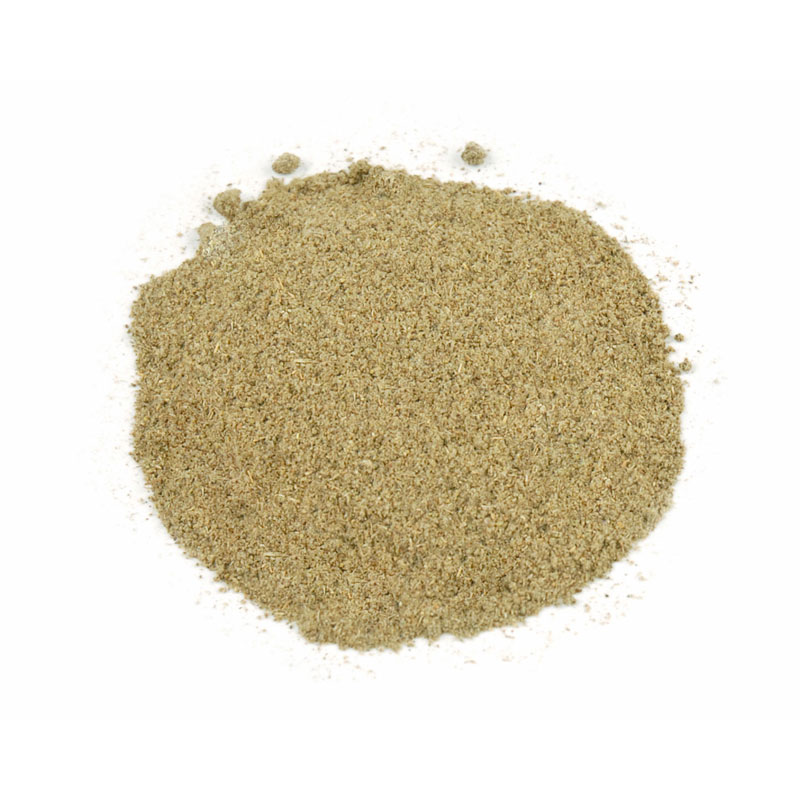 Ground Sage has an intense, peppery, sweet, savory flavor that is familiar in foods such as breakfast sausage, stuffing and gravy.

Sage (Salva officinalis) is a perennial evergreen with woody stems, grayish leaves and blue to purplish flowers. It is native to the northern Mediterranean region, particularly the coastal Dalmatia region of Croatia, but has been adapted to suit different land conditions across the globe.

A natural match for meat and stuffing, this powerful herb is popularly used in sausage making and in traditional holiday roasts. It also lends its familiar flavor to gravy and soups, and its astringent properties make it an excellent pairing for fatty, rich foods, such as pork, goose and duck. Sage's powerful flavor can be overpowering, so it is best added early in the cooking process, so that its potency can mellow somewhat through cooking. This Ground Sage is ideal for powdered herb and spice blends and rubs.

In addition to its culinary applications, Sage has been cultivated for thousands of years for medicinal use, often being brewed into a tea to soothe sore throat and cough and relieve congestion. It was also thought to help bring down fever and relieve joint pain and headaches. It is thought to be beneficial to concentration and mental clarity.

Burning Sage has been used since ancient times as a means to bless people and places, to ward off evil and to cleanse spaces of negative energy. Many Native American tribes of the American Southwest include "smudging" rituals in their religious ceremonies. In ancient European and Middle Eastern civilizations, sage was associated with longevity, and even with immortality. Fitting that the plant's genus name derives from the Latin word for "salvation."

This simple, homemade breakfast sausage gets a boost of flavor from fragrant herbs and spices like sage, thyme and savory, along with a hint of sweetness from brown sugar. Make it a day ahead and marinate overnight to let the flavors meld. 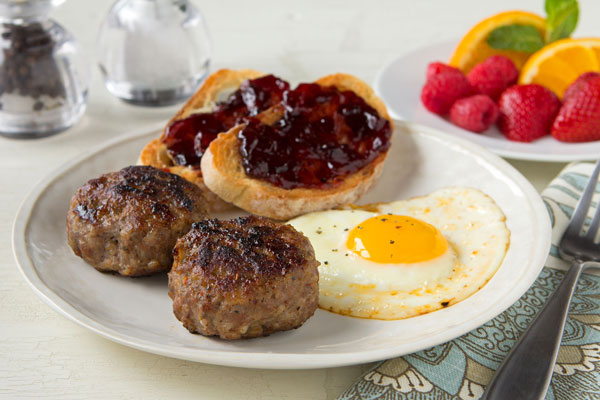