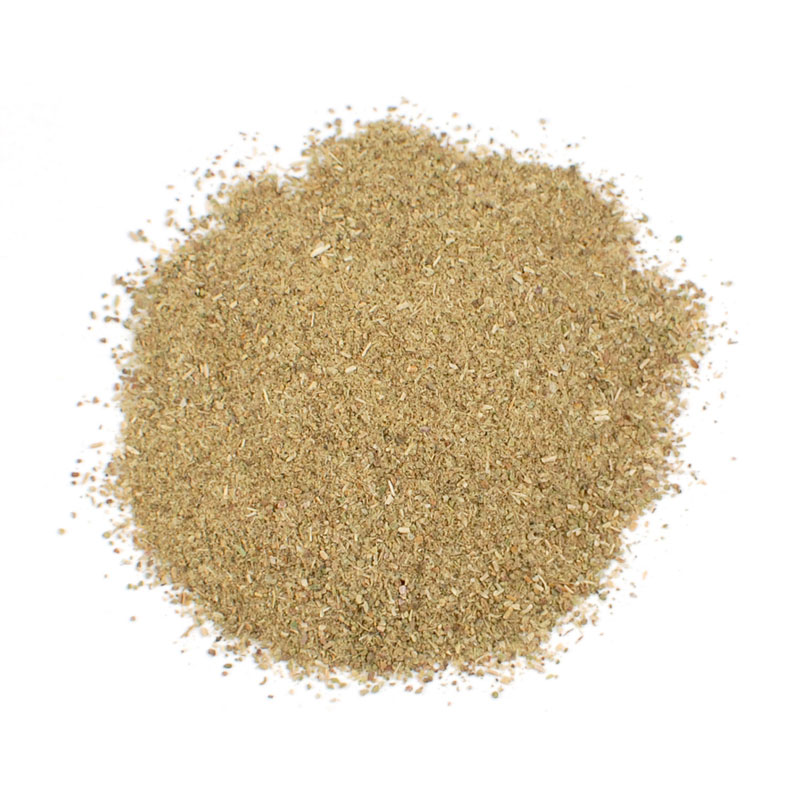 Oregano is a staple culinary herb, used for the assertive, woodsy, slightly peppery flavor of its leaves, which can be used fresh or dry, but are more flavorful when dried. Oregano is closely related to marjoram, but with a more robust, aromatic flavor.

Mediterranean Oregano (Origanum vulgare) is a common perennial herb that is native to the Mediterranean region and southwestern Eurasia. It prefers hot, relatively dry climates and grows with purple flowers and spade-shaped, olive-green leaves. Ground Mediterranean Oregano has a fine, powdery texture and a yellowish-green or brown color.

Mediterranean Oregano is a staple culinary herb, used for the assertive, woodsy, slightly peppery flavor of its leaves, which can be used fresh or dry, but are more flavorful when dried.

Oregano's most prominent modern use is in Italian and Greek cuisines, as well as their American derivatives. After World War II, when soldiers returning from Italy brought back Oregano to the United States, it was known as the "pizza herb," as it is often used to flavor tomato-based pizza and pasta sauces. It also marries well with spicy flavors, such as those of southern Italy, where it is a preferred herb. In Greek cuisine, it is often used in combination with olive oil and lemon juice or zest, which picks up the citrusy and peppery elements of its flavor profile. This flavor combination is often used with lamb, fish and chicken, as well as in the classic dressing for Greek salad.

Oregano's uses are not only culinary. The ancient Greek physician Hippocrates used it as an antiseptic, as well as a cure for stomach and respiratory distress. Even today in modern Greece, certain types of oregano are sometimes used to treat sore throats.

Traditional, comforting meatloaf gets a quick update with the addition of herbaceous ground oregano, and a classic ketchup glaze is heightened with brown sugar and cider vinegar. 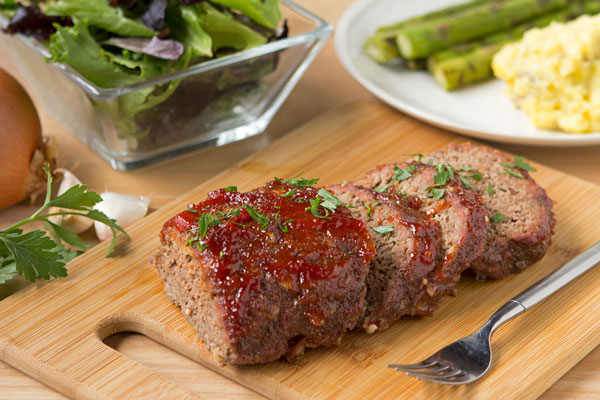