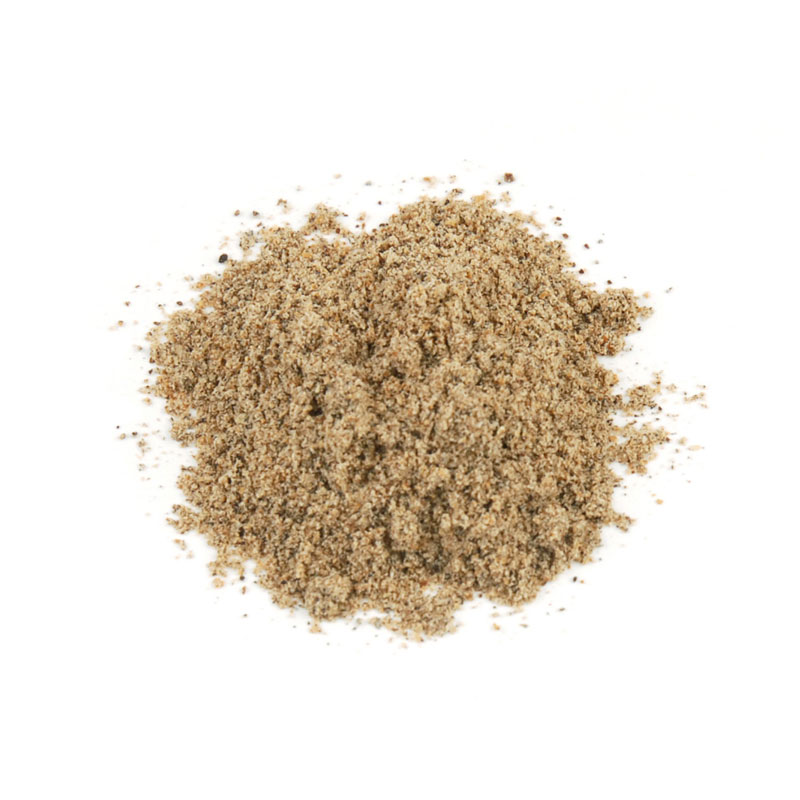 Ground Cardamom has a strong, sweet, pungent flavor with hints of lemon, mint and eucalyptus.

Cardamom (Elettaria) is a member of the ginger family known for its eucalyptus-like floral, citrus flavor and aroma. Also known as "Ceylon cardamom" or "true cardamom," this plant is considered one of the world's most valuable spice crops.

Cardamom is most often used as a cooking spice, adding an unmatchable essence to both sweet and savory recipes. Used whole or in ground form, Cardamom is an ingredient in many Indian curries and a primary ingredient in masala chai. Especially popular in Scandinavian baked goods, the spice ranks higher than cinnamon for usage in the region's cuisine. It is also frequently used in sausage making throughout Europe and the United States.

The fruits of the cardamom plant have been traded in India for at least 1000 years. Known as the queen of spices, Cardamom ranks just below black pepper in popularity and is the third most expensive spice after saffron and vanilla. The precious spice was essential for India in the beginning of the spice trade and continues to be a staple of the culture. While production is historically native to the Cardamom Hills of the Western Ghats of India, Guatemala has also become a large supplier since the 19th century due to its optimal growing conditions.

Medicinal use of Cardamom has also been recorded as far back as the 2nd century AD. The plant is considered an antispasmodic, making it useful for treating stomach cramps, indigestion and irritable bowel syndrome. Closely related to ginger, cardamom is also known for relief of nausea. Rich in the phytochemical cineole, cardamom can help clear congestion and calm nerves. Simply brewing the spice into tea can provide a rich source of benefit, even freshening breath and acting as an antiseptic.

To create these fragrant biscotti, our sweet dried Pears are blended with the spicy-sweet flavor of Ground Cardamom and mixed with crunchy almonds. Dunk the crispy finished product in a mug of hot chai tea for a warming, comforting snack. 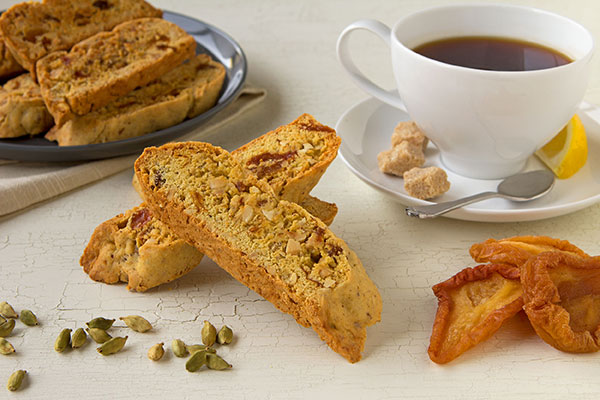