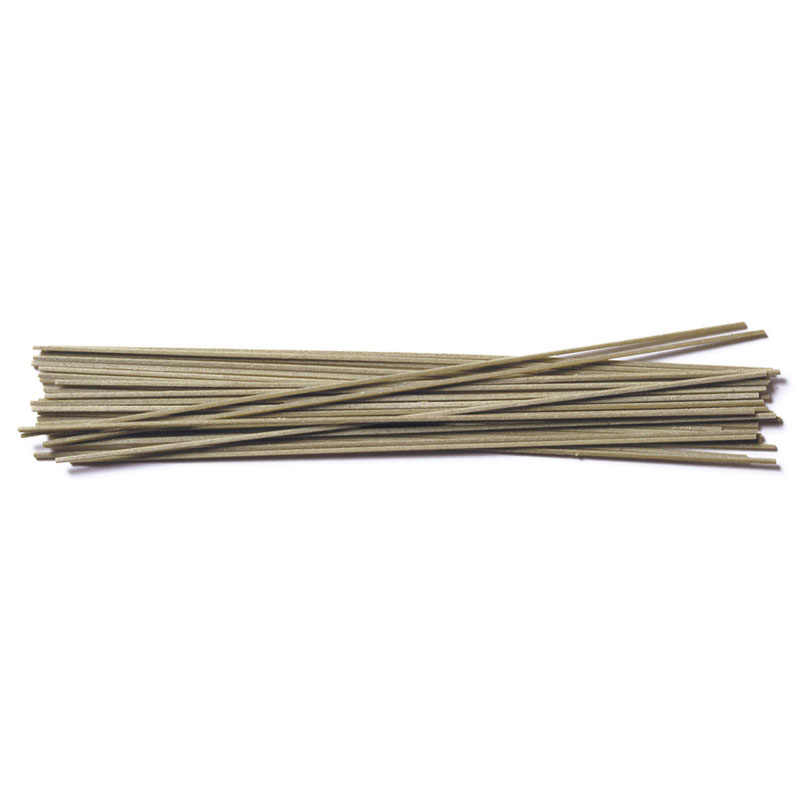 Per 10 oz package, bring a quart and a half of water to a boil. Add noodles and stir well, cook for 3 to 4 minutes. Drain and rinse under cold running water.

These Green Tea Soba Noodles are produced by blending buckwheat flour and other more traditional flours with green tea, creating an authentic Japanese-style noodle. The presence of buckwheat flour increases the protein content and creates a hearty texture that is different from Italian pasta.

Green tea is another highly health-promoting ingredient, rich in polyphenols and other types of antioxidants that protect the body from environmental toxins. Some studies have shown that green tea may help prevent heart disease and certain cancers and reduce the likelihood of developing Alzheimer's disease.

In Japan, green tea is most closely associated with the traditional tea ceremony, a customary form of hospitality involving the ceremonial preparation and presentation of matcha, powdered green tea, or sencha, loose-leaf green tea.

In Japan, Green Tea Soba Noodles are considered a delicacy and are typically enjoyed on special occasions, such as birthdays and weddings. 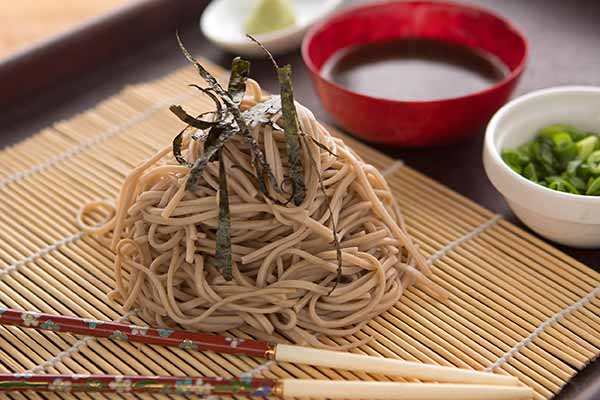