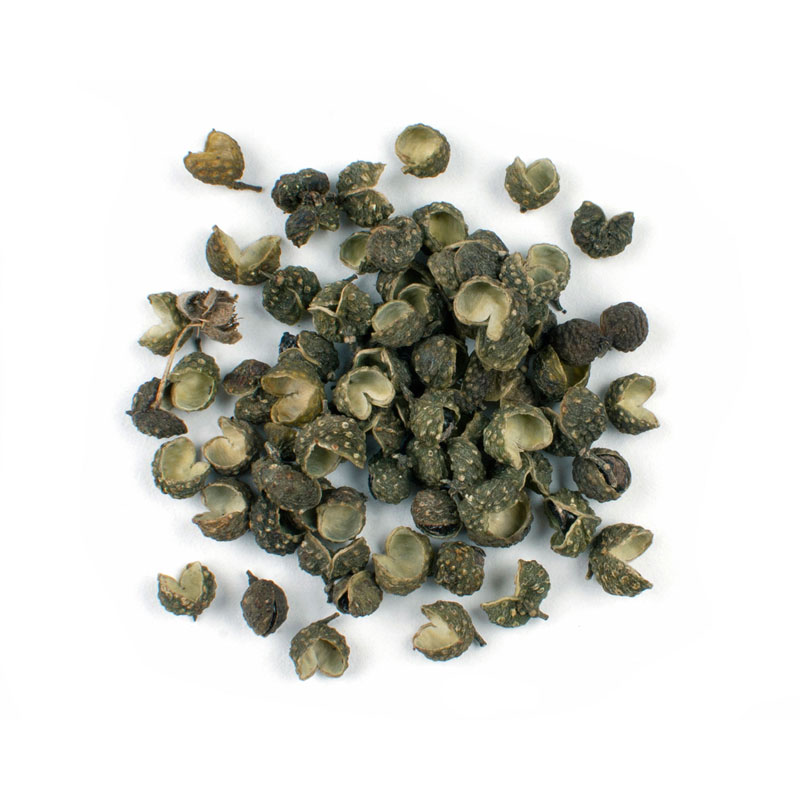 Green Szechuan Peppercorns, sometimes known as Chinese coriander, are a traditional ingredient in Chinese Szechuan cuisine. They provide a strong citrus-like flavor with notes of juniper berry. Green Szechuan Peppercorns have a unique property that causes the mouth to tingle while consuming them. Their flavor is more intense than the red version. • Split hull • Dark brown-green color • Citrus and pine-like aroma • Used mainly in Chinese Szechuan cuisine

• Use as seasoning in stir-fries • Grind and use in unique flavorful rubs for chicken, pork, beef and seafood • Grind with star anise, cloves, Chinese cinnamon and fennel to create Chinese five-spice powder

Green Szechuan Peppercorns (Zanthoxylum bungeanum)-called "hua jiao" or "flower pepper" in Chinese-are the dried green-brown berry husks of the prickly ash tree, which is indigenous to the Central Chinese Szechuan province. This area is known worldwide for its spicy cuisine, and the flavor profile of Szechuan Peppercorns are central to these culinary traditions. They have a bright citrusy and a juniper berry flavor with a moderate heat that has a numbing effect on the lips and tongue, due to the presence of the chemical compound herculin. Herculin acts on the skin differently than the capsaicin present in hot chile peppers, which produces a burning effect. The Green Szechuan Peppercorn is actually the outer husk of the prickly ash berry. The interior black seeds are generally discarded due to their gritty, sand-like texture. Szechuan Peppercorn is often ground and included as a key ingredient in Chinese five-spice powder. While the Red Szechuan Peppercorn is more prevalent and well-known in Szechuan cooking, the green version has a much more concentrated flavor. And despite the name, all varieties of Szechuan Peppercorn are not related to traditional varieties of black peppercorn. In traditional Chinese medicine, the Szechuan Peppercorn was used to stimulate digestion by acting on the function of the pancreas. It is also thought to have has anti-inflammatory properties, and to stimulate circulation, reduce bad (LDL) cholesterol levels and help reduce high blood pressure. 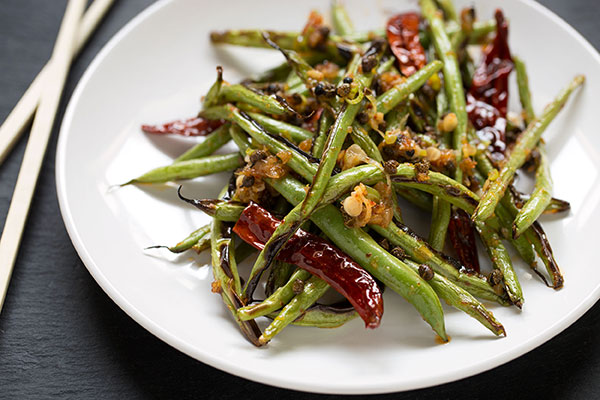