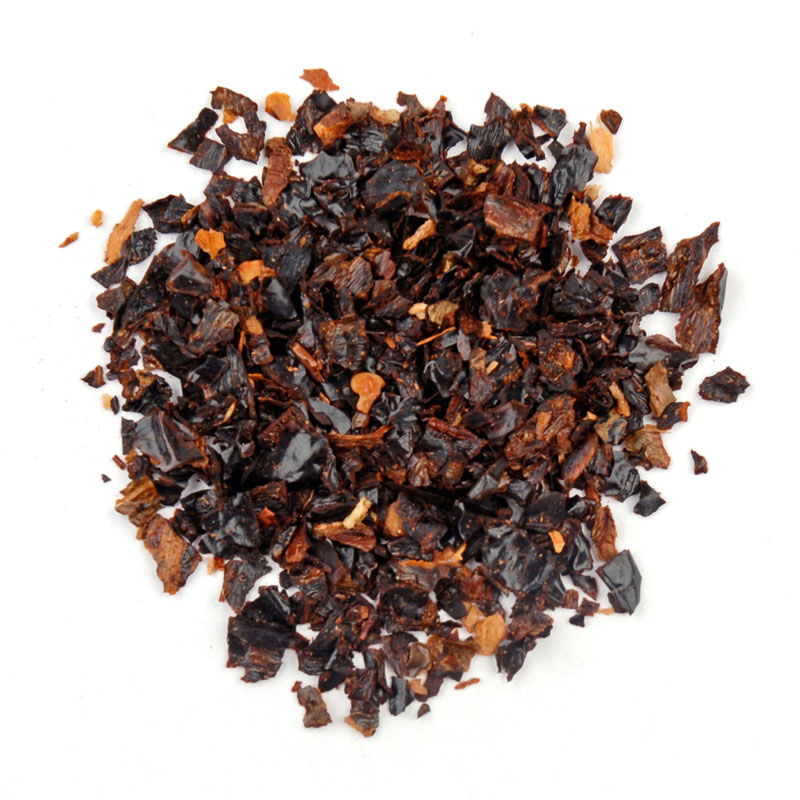 Crushed Pasilla Negro Chiles have a spice that is sophisticated and complex, ranging from tangy to rich to woodsy.

For maximum flavor dry toast chiles in a hot skillet until fragrant or in a 350° oven until puffy and fragrant. Soak in hot water for 10 minutes to rehydrate or add directly to recipes that will cook at least 10 minutes. Can also be used like traditional red pepper flakes.

Crushed Pasilla Negro Chiles are a primary ingredient in traditional Mexican mole sauces, dating back to the origin of the sauce that was invented in the 16th century by Sor Andrea de la Asuncion, a Dominican nun in the city of Puebla. The Spanish word "passa" translates to "little black raisin," signifying the peppers unique appearance and fruity flavor.

This recipe combines two signature ingredients of the Michoacán region of Mexico: pasilla chiles and tomatillos. The acidity from the tomatillos helps to break down and tenderize the brisket while it braises, while the chiles add a hearty dose of rich spicy flavor. 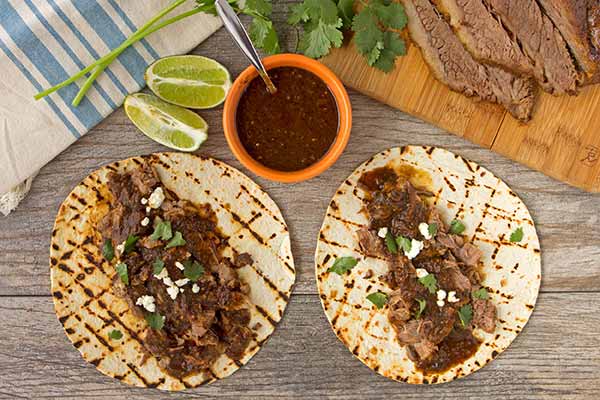