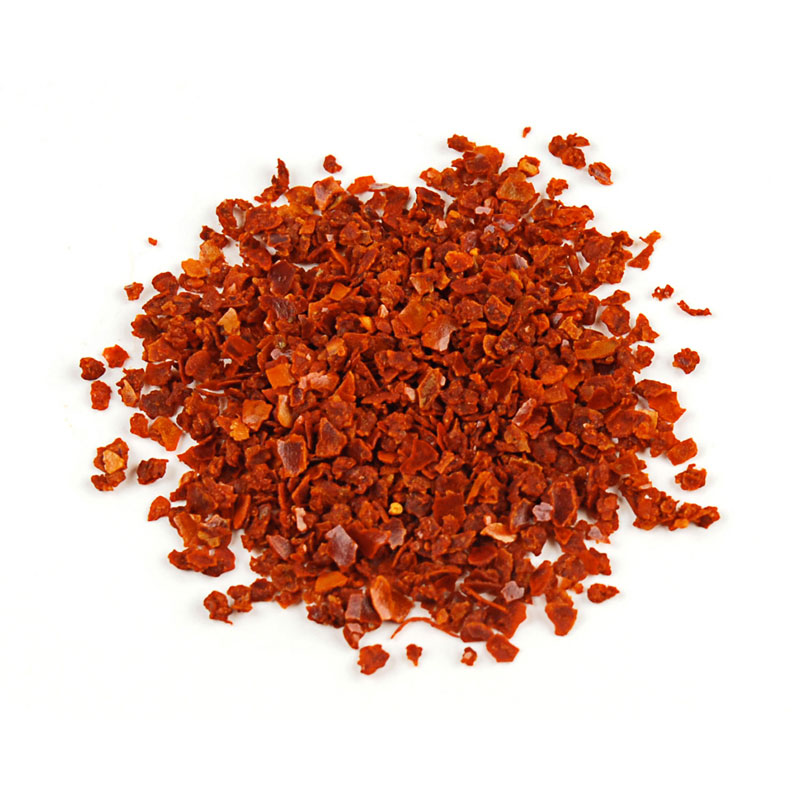 Gochugaru is an Asian ingredient made from red chile peppers that are dried and ground into coarse flakes. It is one of the most popular ingredients in Korean cooking, with a sweet, sharp taste and moderate heat.

Gochugaru is a staple in Korean cooking, providing flavor and mild heat to a variety of dishes native to the cuisine. Its usage is similar to that of standard crushed red pepper, adding heat and spice to dishes to accentuate flavor profiles. The word "Gochugaru" breaks down into two parts. The first word, "gochu," means chile pepper and the second, "garu," means powder or flake.

Red chiles are a staple in Korean cuisine, but were not introduced to the culture until after the 15th century when the Europeans began distributing goods newly discovered in the Americas. Koreans quickly adopted the chile flakes and have created their own unique way of using it as a flavor enhancer Some traditional Korean dishes that include Gochugaru are kimchi, kimchichigae and koatgaetang.

A major flavor and heat component of Korean cuisine is the spicy-fruity gochugaru chile. In this application, our versatile Gochugaru Chile Flakes are used to season crunchy cucumbers, which are a great addition to Korean steamed bun sandwiches. 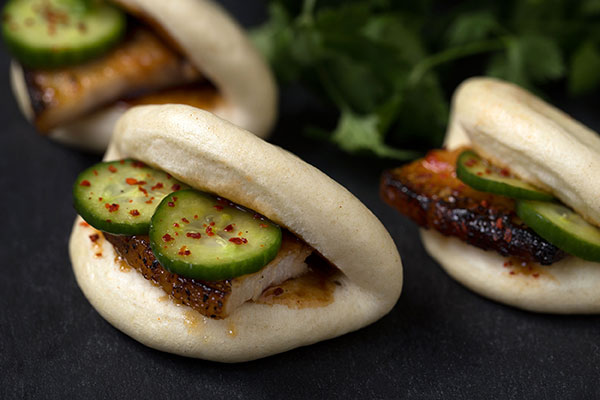