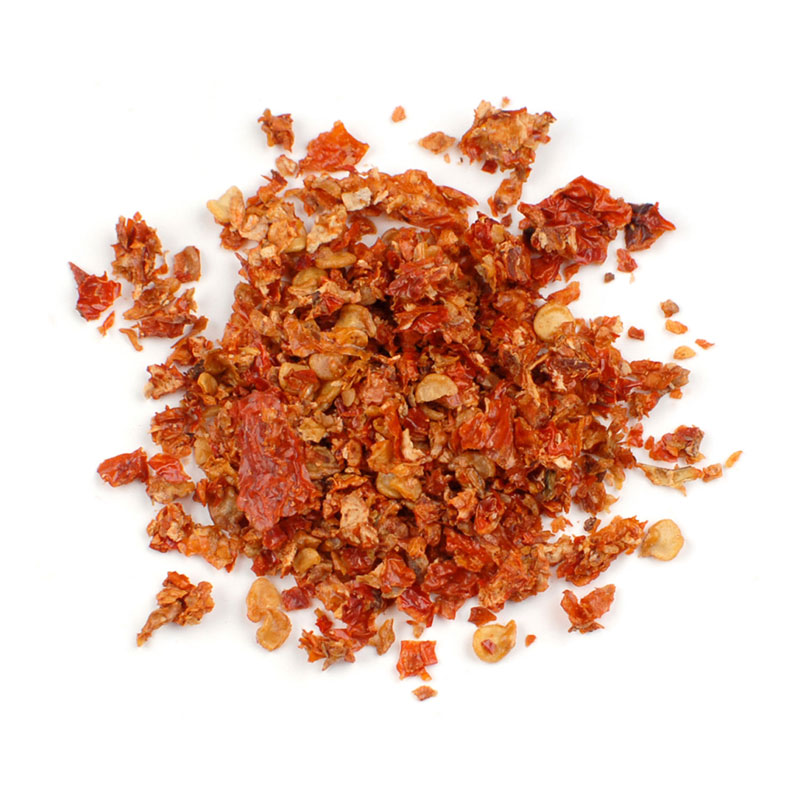 Ghost Chiles (also called "Bhut Jolokia" in the parts of India where they are cultivated) are among the hottest, most potent chiles on the planet. These dried whole chiles make storing and using this pungent ingredient effective and economical.

Ghost Chiles were specifically bred to be among the hottest, most potent chiles on the planet. Known by several names, including "poison pepper," these fiery chiles are believed to have originated in Assam, India. The word "bhut" means "ghost," most likely nodding to the way the heat of this pepper sneaks up on the one who eats it. Their capsaicin content is so high that farmers in India have been known to smear fresh chiles on fences to keep wild elephants away.

A member of the Capsicum family, hot peppers like the Ghost Chile have been part of the human diet in the Americas since at least 7500 BC. While they are now staples in many cuisines, they were not introduced to Europe and Asia until the late 1400s when they were introduced as a cheaper alternative to the pricey peppercorns.

This blazing hot Indian shrimp curry gets its singeing heat from the “bhut jolokia” or ghost chile, one of the hottest chile peppers in the world. In its powdered form, just 1/2 teaspoon makes a swelteringly hot curry. For a slightly less potent (but still fiery hot) result, scale back the chile powder to 1/4 teaspoon. Be sure to protect your eyes and nose while handling the Ghost Chile Powder. 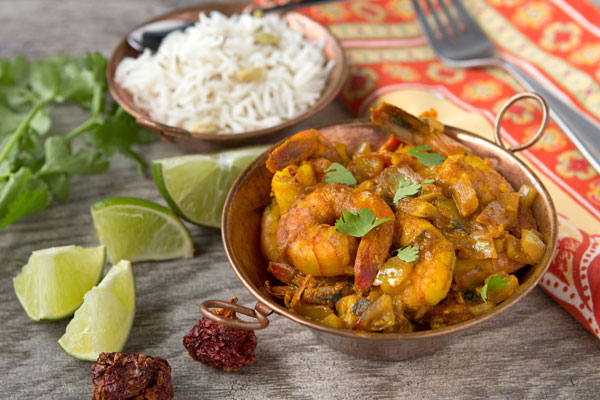