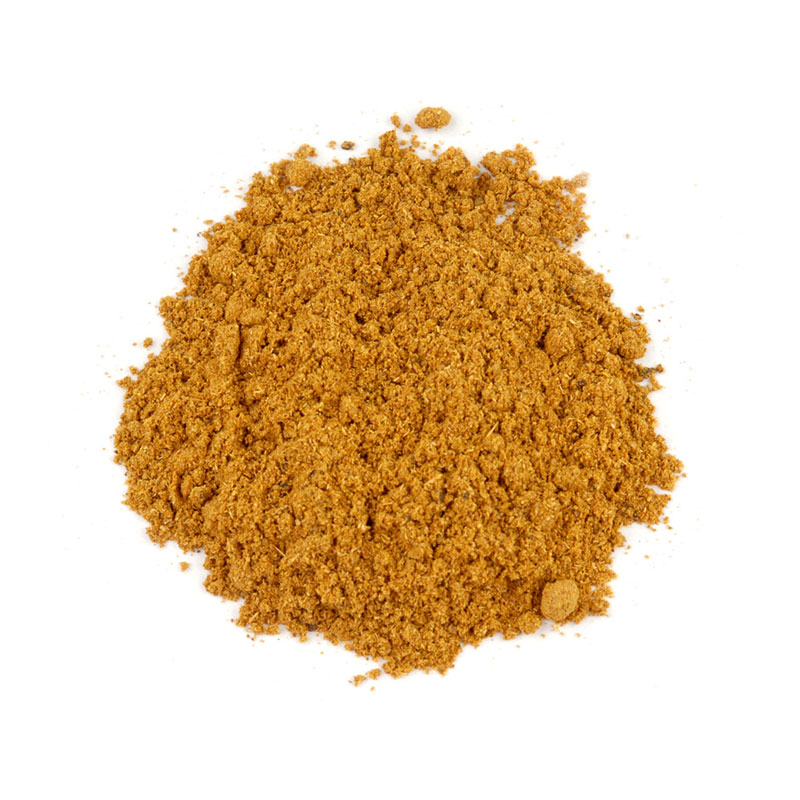 Garam Masala is a traditional North Indian blend of hot and savory spices. We mix a blend of our premium ground spices including coriander, cumin, cinnamon and cloves to add rich, warming flavor to curries and stews.

Garam Masala is a spice blend in the tradition of Indian masalas, also called curries. Garam translates in Hindi to "hot" and masala to "spice" - together it's a name for a particular style of warming, hot spice blend of Northern India. The practice of combining many spices is crucial to the complex flavors of Indian cuisine, often being considered a rite of passage when a young cook becomes a true masalchi, or spice blender.

The particular ratios of spices used in Garam Masala can vary from region to region and even between individuals. From peppercorns to cinnamon and green cardamom to malibar leaves, various combinations of spices are common with no particular mix being more authentic than the rest. Our Garam Masala blend includes coriander, cumin, cinnamon, ground black pepper and cloves.

While there is not much history known of garam masala, it is thought to have Persian origin and a long legacy of nobility. The variety of ingredients suggests it was more popular in the homes of the wealthy rather than ordinary kitchens.

Butter chicken is a very common dish in India with slight variations, but Garam Masala is invariably in all of them. This dish balances the dynamic flavor of our Garam Masala with cream and tomatoes, with few other competing flavors. Enjoy this one-pot meal with friends and family and serve with authentic Indian naan or fragrant rice. 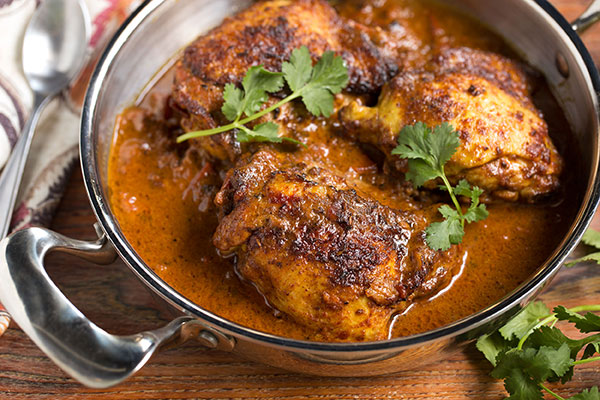