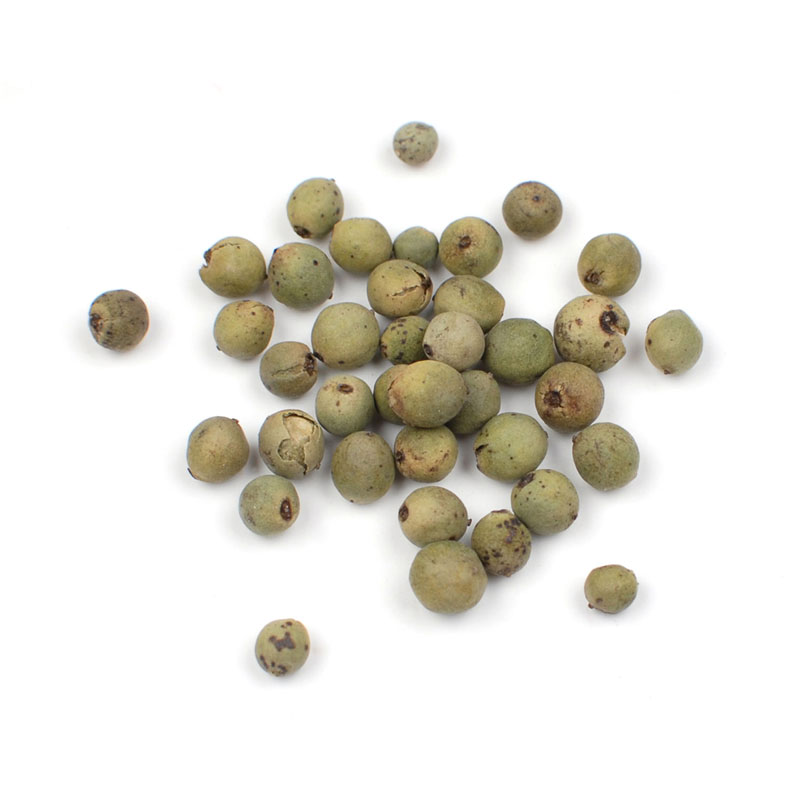 Freeze-Dried Green Peppercorns are harvested and freeze dried before they reach maturity, and hence, have a lighter, fresher, more herbal flavor than black peppercorns.

Ready to use. Add to taste. If rehydrating, soak in hot water or cooking liquid for 20 minutes before adding to recipe.

Green Peppercorns come from the common pepper plant (Piper nigrum), a flowering tropical plant that was originally native to India. India was also the site of the first documented peppercorn use in the 4th century B.C. Experts believe the plant originated in the Southern Indian state of Kerala.

The plant produces tiny berries or "drupes." These berries can be harvested and processed at various stages of their maturity to achieve different flavors and colors. Green Peppercorns are harvested long before they reach maturity, and as a result have a light, aromatic, fresh flavor that is slightly herbal. Their outer surface is smoother than that of black peppercorns, and when dried they have a matte look. They are often canned, preserved in brine or freeze-dried.

These Freeze-Dried Green Peppercorns can be quickly rehydrated for use in sauces, marinades and dressings, if desired, or ground as-is. Their outer surface is much smoother than black peppercorns, and when freeze dried, they have a lighter green color and a matte look.

Peppercorns have far-reaching cultural and historical significance. Europeans sought them as far back as ancient times, and as a result they often drove exploration and commerce. As early as the Roman Empire, they were bought, sold and taxed. The lure of pepper and other spices brought explorers from all over Europe to India during the Middle Ages and the Renaissance. Peppercorns were sometimes accepted in lieu of money in dowries, taxes and rents.

Our Freeze-Dried Green Peppercorns are picked young and freeze-dried to preserve their mild but distinct flavor. With a crunchier mouth feel than other peppercorns, they crisp up in this recipe to make a richly flavorful, herby crust. 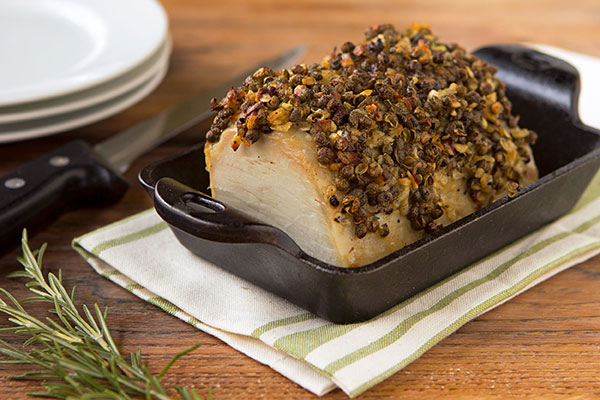