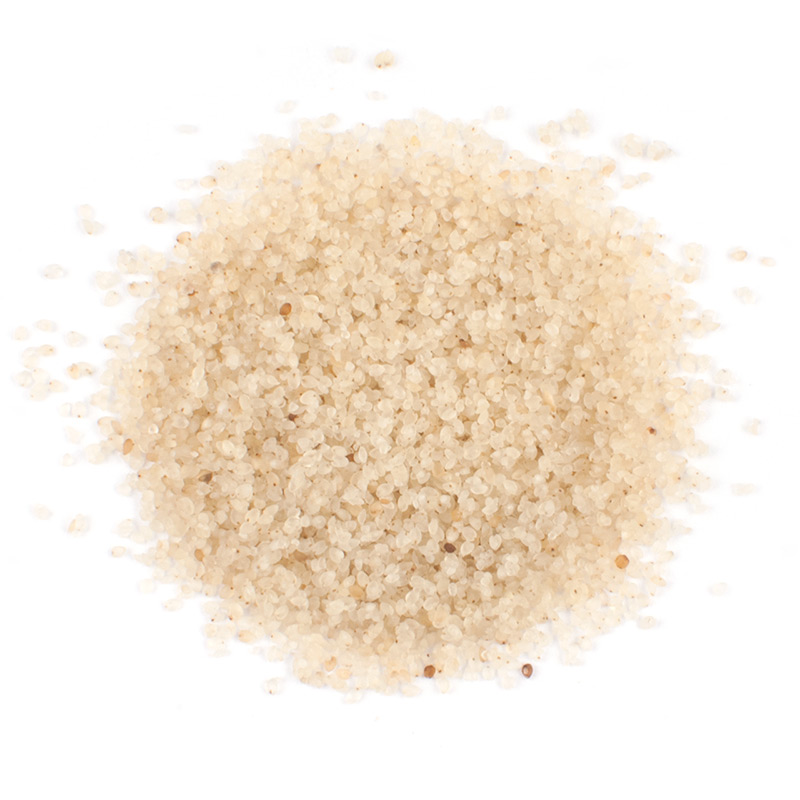 Fonio is a small yet mighty supergrain native to West Africa. Rich in protein and essential amino acids, this little-known seed is full of nutrients. Our Pearled Fonio (Quick-Cook) is ready in minutes, and can be used in place of many grains in salads, stews, side dishes, and baked goods.

Add 1 cup Pearled Fonio and 1 cup water or broth to a shallow, microwave-safe bowl. Cover tightly with plastic wrap and cook on high for 2 minutes. Remove plastic wrap carefully, and immediately fluff fonio onto a plate with a fork.

Little known outside its native West Africa, Fonio is the smallest species in the millet family. Higher in protein than many other cereal grains, fonio is a nutritional powerhouse that is rich in essential amino acids and other nutrients. This tiny supergrain can be used in place of many grains like quinoa or millet, and has a taste and texture that could be likened to a cross between quinoa and couscous.

Grown in an area of land stretching from coastal Senegal to the northern tip of Cameroon, fonio is a staple crop in the sub-Saharan savanna climate of Africa and has been an essential part of the region’s cuisine for generations. There are two main varieties of fonio: white fonio (Digitaria exilis) and black fonio (Digitaria iburua), with white fonio being the most common and most widely used.

The people of West Africa have depended on fonio for thousands of years due to its nutritional benefits, as well as its ability to grow in poor soil conditions. This fast-growing grain—which can mature from seed to plant in just six to eight weeks—is traditionally hand-harvested then pounded with mortars and pestles to remove its tiny outer husks.

Fonio has been a necessity in many West African communities for generations. In fact, to the Dogon people of Mali, the world was first created from a single grain of fonio. While it is such an important part of West African cuisine and culture, it is relatively unknown outside of Africa.

This up-and-coming grain has a promising future and is one of the most unique and nutritious grains available. Often served like couscous and used in salads, stews, porridges, and baked goods, fonio is extremely versatile and has a mild, pleasant flavor that is excellent for absorbing bold, rich flavors.

This quick porridge is one of the great things that fonio can do better than other many other grains. It cooks fast and creates a creamy, textured porridge that will take on the flavor of anything mixed into it. This same recipe can be cooked covered in a microwave for 2-3 minutes. 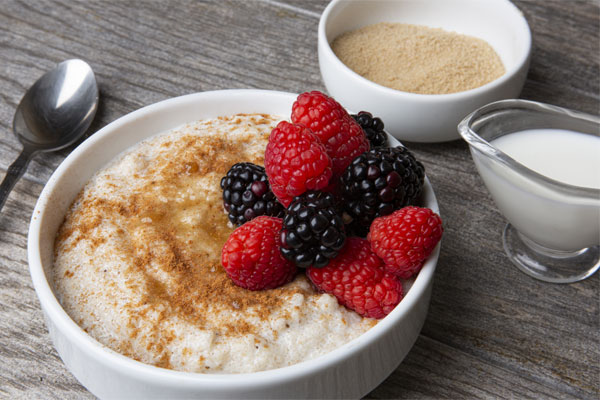