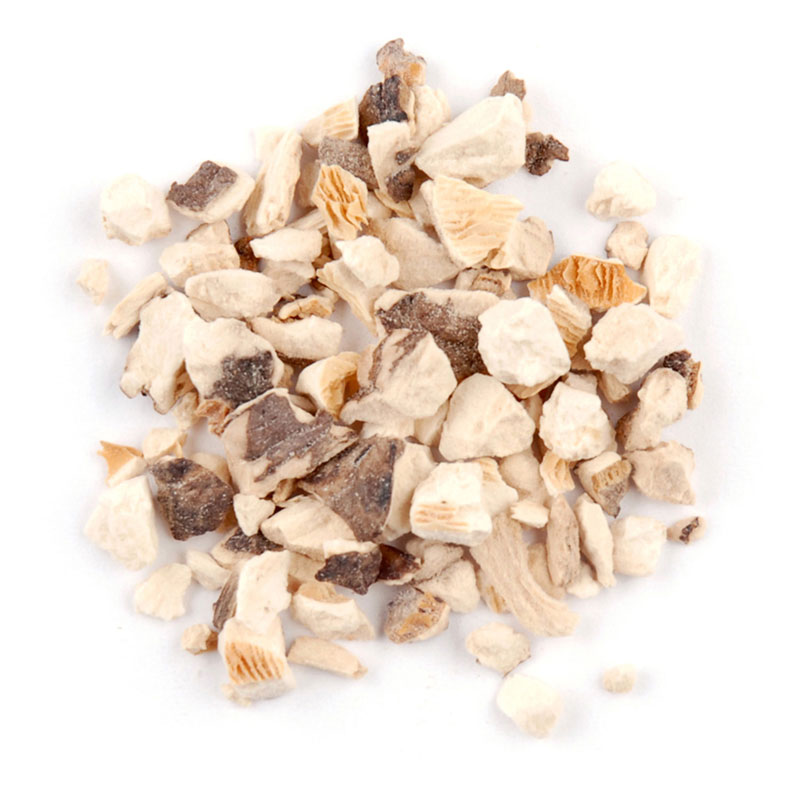 Our Finely Diced Shiitake Mushrooms are a convenient way to use this popular, umami-rich mushroom, which has a meaty flesh and a full-bodied, earthy flavor.

Rinse mushrooms under cold running water to remove any possible debris. To rehydrate mushrooms prior to use, place desired amount in a bowl and cover with boiling water. Allow to sit for 6 to 9 minutes, or until tender. Drain, reserving the liquid for another use.

Our dried Kibbled Shiitake Mushrooms capture the meaty, almost smoky flavor of fresh shiitakes. They're cultivated for us, then harvested, cleaned, sliced and dried before being further chopped into a fine (approximately 1/4-inch) dice.

These umami-rich mushrooms have a hearty, meaty flesh and a rich, full-bodied, earthy flavor that lends it self to numerous cooking applications. Their deep flavor means they can stand up to other strong flavors. They are particularly good with ginger, soy, and chiles.

Our Black Garlic, a fascinating and exotic-looking combination of sweet and savory flavors, possesses a molasses-like richness and a tangy, mellow garlic taste. This eggroll recipe allows those unique flavors to shine, while shiitake mushrooms provide an extra note of umami richness. 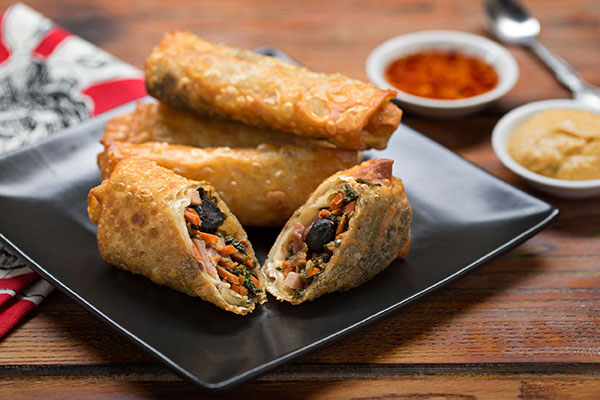