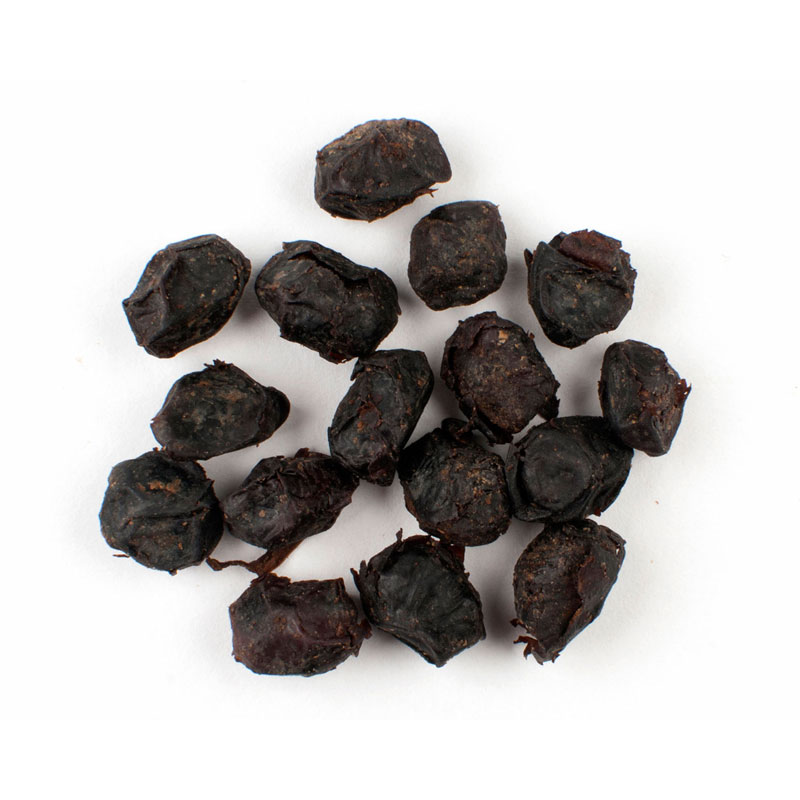 Fermented Black Beans are black soybeans that are first cooked then fermented to achieve a unique umami flavor that is mostly used in Asian cuisines.

Soak in water to expel any excess salt. Lightly press to release fermented flavor. Prepare and cook as desired.

Fermented Black Beans, or "Douchi" in Chinese, are not the same black beans typically found in Latin American cuisine. These are actually soybeans, packed in salt and fermented to produce a complex, savory flavor that is often used to make a black bean paste that is used as a base in several aspects of Chinese cuisine.

Fermented Black Beans are believed to be among the oldest product of soybeans with historical evidence that they were made before soy sauce, soymilk, or the other popular products that come from the popular super-plant. Dating back to around 100 BCE, these protein-rich legumes contain significant amounts of amino acids, making an excellent addition to vegetarian diets or those lacking in vital nutrients.

Our salty and umami-rich Fermented Black Beans are delicious with many other flavors of Chinese cooking. This sauce will enhance steamed or stir-fried vegetables with rice or noodles, and also complements light proteins such as chicken, fish and shellfish. 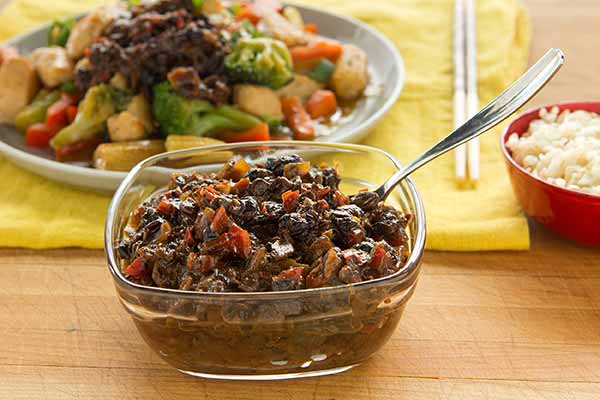