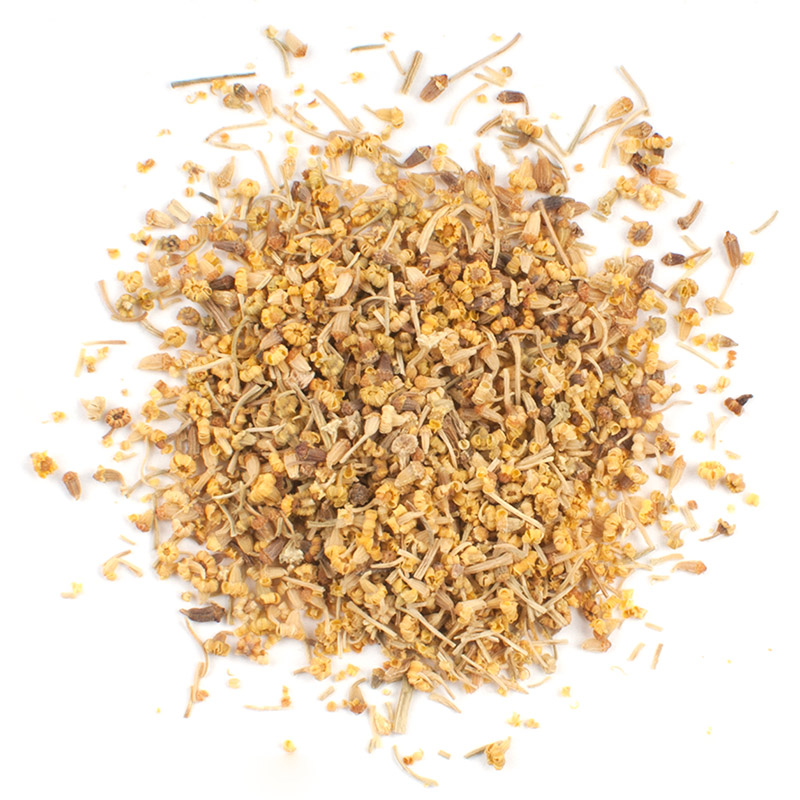 Fennel Pollen goes beyond its natural, earthy flavors of licorice, honey and curry, adding an unmistakable umami flavor to any dish. Wild fennel is picked at full bloom, then the flowers are dried and screened to create this singularly delicious spice.

Fennel Pollen is the most potent form of fennel (Foeniculum vulgare), a perennial plant whose bulb, foliage and seeds are also used to impart an herbaceous, anise-like zing to worldwide cuisines. Fennel grows wild in Italy and throughout the Mediterranean region, where it originated, and has become naturalized in many other parts of the world. Wild fennel produces clusters of yellow flowers and light, feathery leaves. We dry and screen wild fennel flowers to assure the sweetest and best flavor possible.

Fennel pollen carries earthy, licorice-anise flavor, mixed with the bright taste of citrus, curry and honey. It has the uncanny ability to boost the flavor of other ingredients. It has a high level of pure essence of volatile oils, providing a clean and distinct fennel flavor.

Used typically to finish a dish, such as Provençal roasted chicken, fennel pollen provides a final layer of sweet aroma, making the dish a bit more complex and alluring. Fennel pollen is also an excellent partner for pork, vegetables, brothy soups, pasta, grains and even cakes and baked goods.

Given the plant’s Mediterranean origins, it is not surprising that the ancient Greeks were well acquainted with fennel. They knew it by the name "marathon," and the name of the plant in turn inspired the name of the plain where the Battle of Marathon took place in 490 BC, as well as the distance-running event that subsequently grew out of the battle in tribute. Additionally, in Greek mythology, Prometheus used a stalk from the fennel plant to steal fire from the gods and bring it to humanity, thus enabling civilization to thrive and progress. Later on, during the Middle Ages, fennel was one of several herbs believed to ward off witchcraft, and was hung over doors on Midsummer's Eve to keep evil spirits at bay.

Fennel's medicinal uses revolve around relieving digestive problems, such as heartburn, bloating and gas. It is also used to treat respiratory infections, cough and bronchitis. In many parts of India and Pakistan, roasted fennel seed is chewed after meals to aid digestion and to freshen the breath.

Like many spices, fennel pollen contains many phytonutrients that give it strong antioxidant properties. Among the most prominent of these is anethole, which has been shown to have anti-inflammatory and anti-cancer effects.

Alongside savory Italian sausage, our flavorful Fennel Pollen is the star of this simple, showy pasta dish. With hints of licorice and honey, the sweet fennel flavor is brightened by citrus zest and fresh herbs. 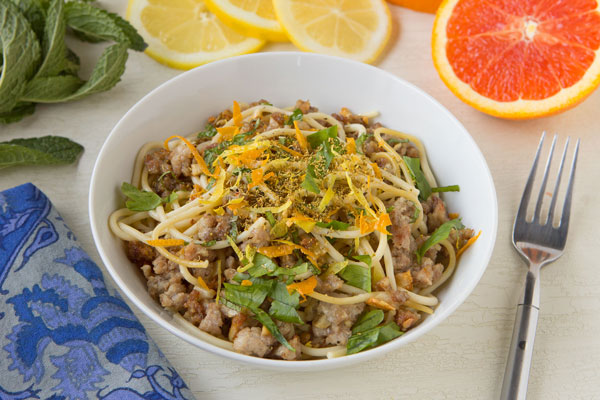