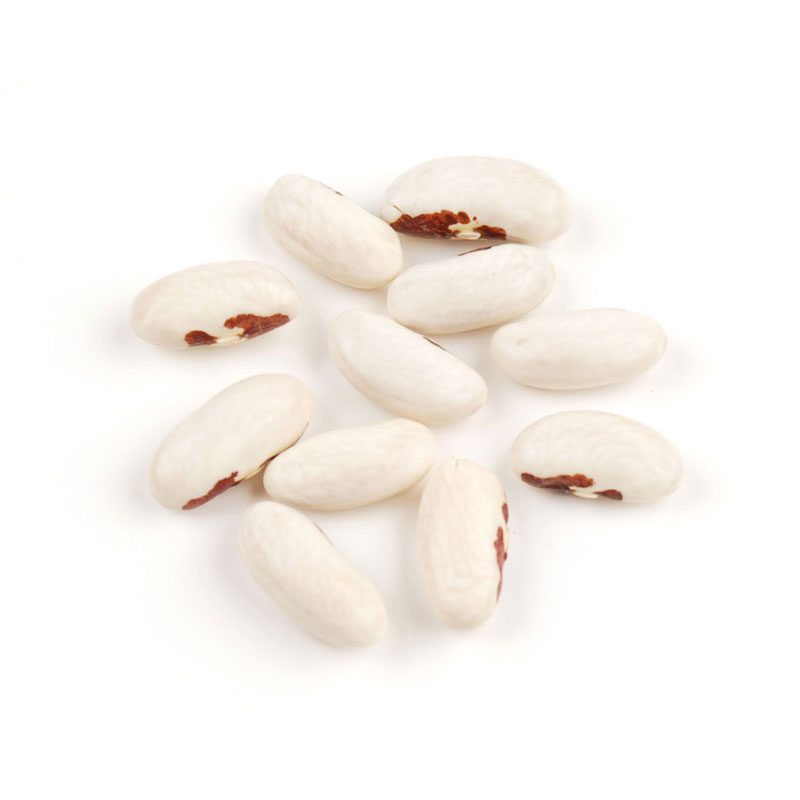 The European Soldier Bean, also called a "red eye," is a white bean related to the navy bean. It is identified by the splashes of dark red surrounding the "eye" of the bean, which some people think resemble a toy soldier.

Carefully sort beans and rinse thoroughly. Soak overnight. Rinse, place in a large pot and cover with fresh water. Bring to a boil for 3 minutes, then reduce heat and simmer, covered, for 60 to 90 minutes, until tender.

The European Soldier Bean (Phaseolus vulgaris), also called a "red eye," is a white bean related to the navy bean. It is identified by the splashes of dark red surrounding the "eye" of the bean, which some people think resemble a toy soldier. Grown in the cooler climates of the Northeast United States, this bean reaches about 3/4" in length.

The mild flavor and firm texture of European Soldier Beans makes them versatile and great for soups, salads and casseroles. They can substitute for almost any white bean in recipes.

European Soldier Beans are members of the larger family of legumes, plants used for their edible seeds and pods that boast a high nutrient density with low-maintenance production and storage. They contain high levels of protein, essential minerals and fiber while maintaining a low level of fats.

In this simple green salad, our eye-catching European Soldier Beans offer a unique alternative to common white beans, with the same mild flavor and high protein and fiber content. Soaking the beans before cooking allows them to better maintain their shape through cooking. 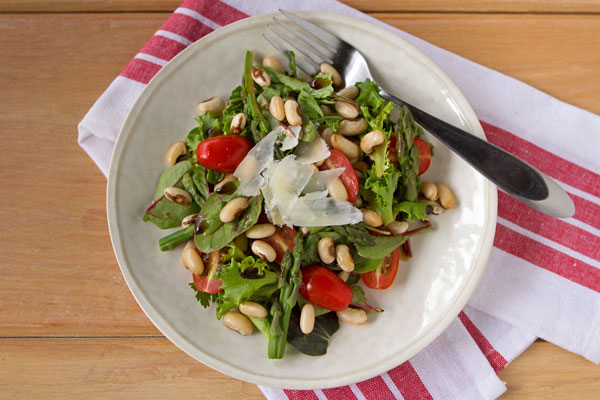