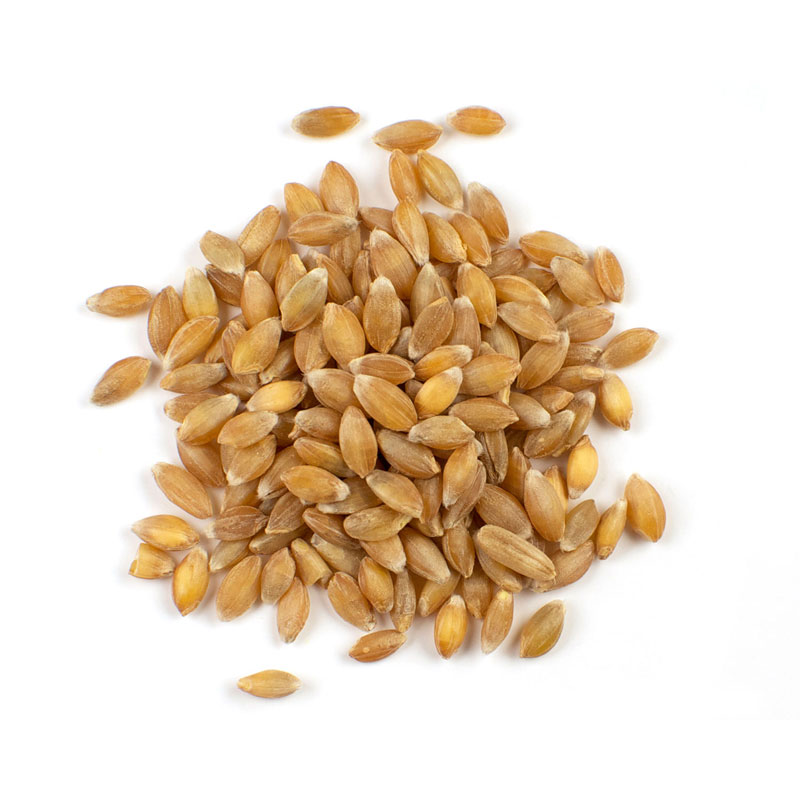 Einkorn is an ancient grain that was first cultivated over 10,000 years ago. Einkorn has a richer, more complex taste than modern wheat, and it blends well with other grains and flours.

Bring 2 1/2 cups water to boil with 1 cup Einkorn. Cover and reduce to simmer until Einkorn is tender, about 40 minutes. Drain excess water.

Einkorn (Triticum monococcum) is an ancient form of wheat that has remained relatively untouched by modern hybridization. Dating back over 10,000 years and first domesticated around 7500 BC, this crop is believed to originate from the fertile areas of the Tigris-Euphrates region. While grown in abundance long ago, this crop is only planted in a few regions today. Einkorn is a sturdy crop that can survive on poor soils where other species of wheat fail.

Demand for Einkorn is growing quickly due to its super food properties and rich, earthy flavor. This early form of wheat boasts more nutrients than modern processed and hybridized wheat products, including high levels of protein, fiber, B vitamins, vitamin A, phosphorus, potassium and beta-carotene. It is also rich in lutein, a carotenoid vitamin related to beta-carotene and vitamin A that is known to promote eye health.

Einkorn's simple structure is also believed to be less harmful, in some cases, to those suffering from gluten sensitivities. However, degree of sensitivity varies for each consumer, and Einkorn is not recommended for a strictly gluten-free diet.

Einkorn can be used in salads, soups and stews, or as a nutritionally richer alternative to rice. Its rich, hearty flavor is also well suited to baking when milled into flour. If substituting Einkorn flour for regular wheat flour in a baking recipe, use 25% less water than the recipe calls for, as Einkorn flour absorbs less water than regular wheat flour.

Einkorn has a rich nutritional profile and a deep, earthy flavor. Tossed with a zesty vinaigrette, colorful cherry tomatoes, feta and olives, it becomes a satisfying salad for summer barbecues or a great healthful lunch. 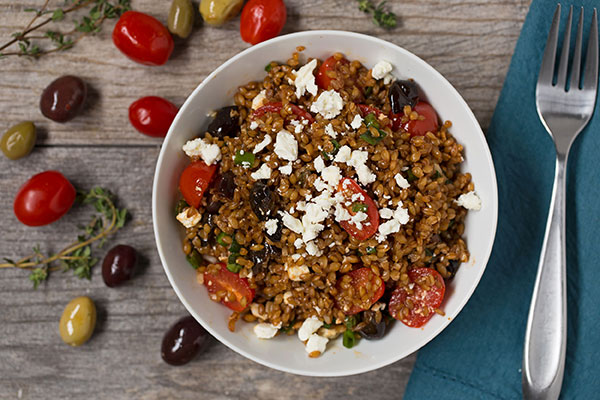