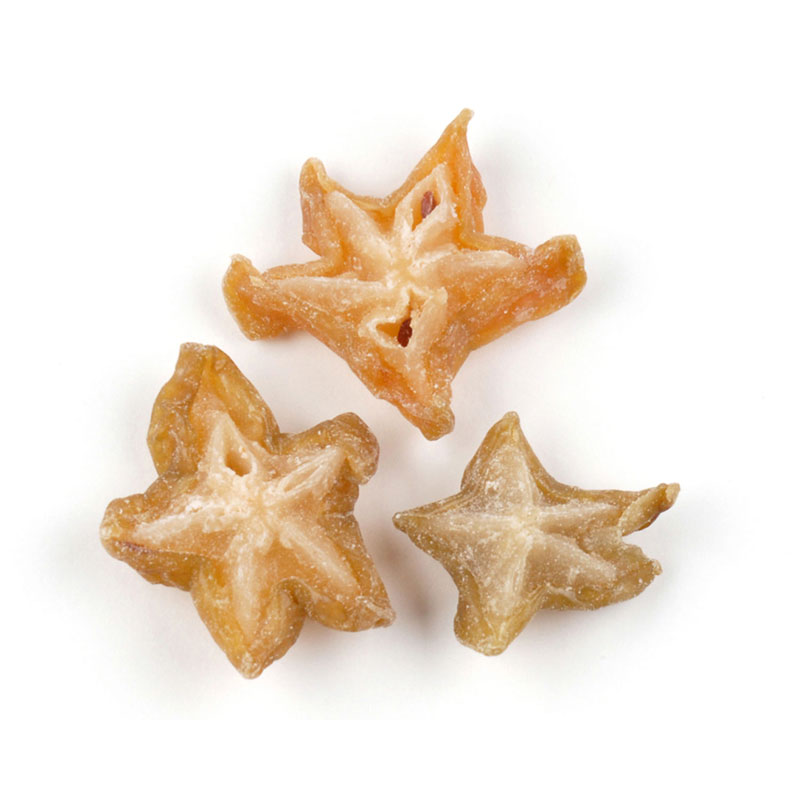 Our premium dried Star Fruit makes for an easy and convenient way to find the sour, slightly bitter, unique flavor of Star Fruit.

Ready to eat. Use as desired. To rehydrate dried fruit for baking applications, pour boiling water over the fruit and let sit covered for 5 to 10 minutes. Drain well before using.

Star Fruit, or Carambola, were first imported to Europe in the late 1700's, but were not introduced to the United States until only 75 years ago. The fruit is native to Southeast Asia and India, but is now widely established in Hawaii by way of Chinese immigrant traders. It is now also widely produced in Florida.

Named for the 5-pointed star-shape slices it yields, this unusually shaped fruit adds an elegant touch to salads and desserts while boasting nutrition high in fiber, vitamin C and vitamin A.

This vibrant tart makes the most of star fruit’s gorgeous shape and unique flavor. Paired with equally exotic kiwi atop a simple filled tart shell, the star fruit takes its intended place as the star of the show. 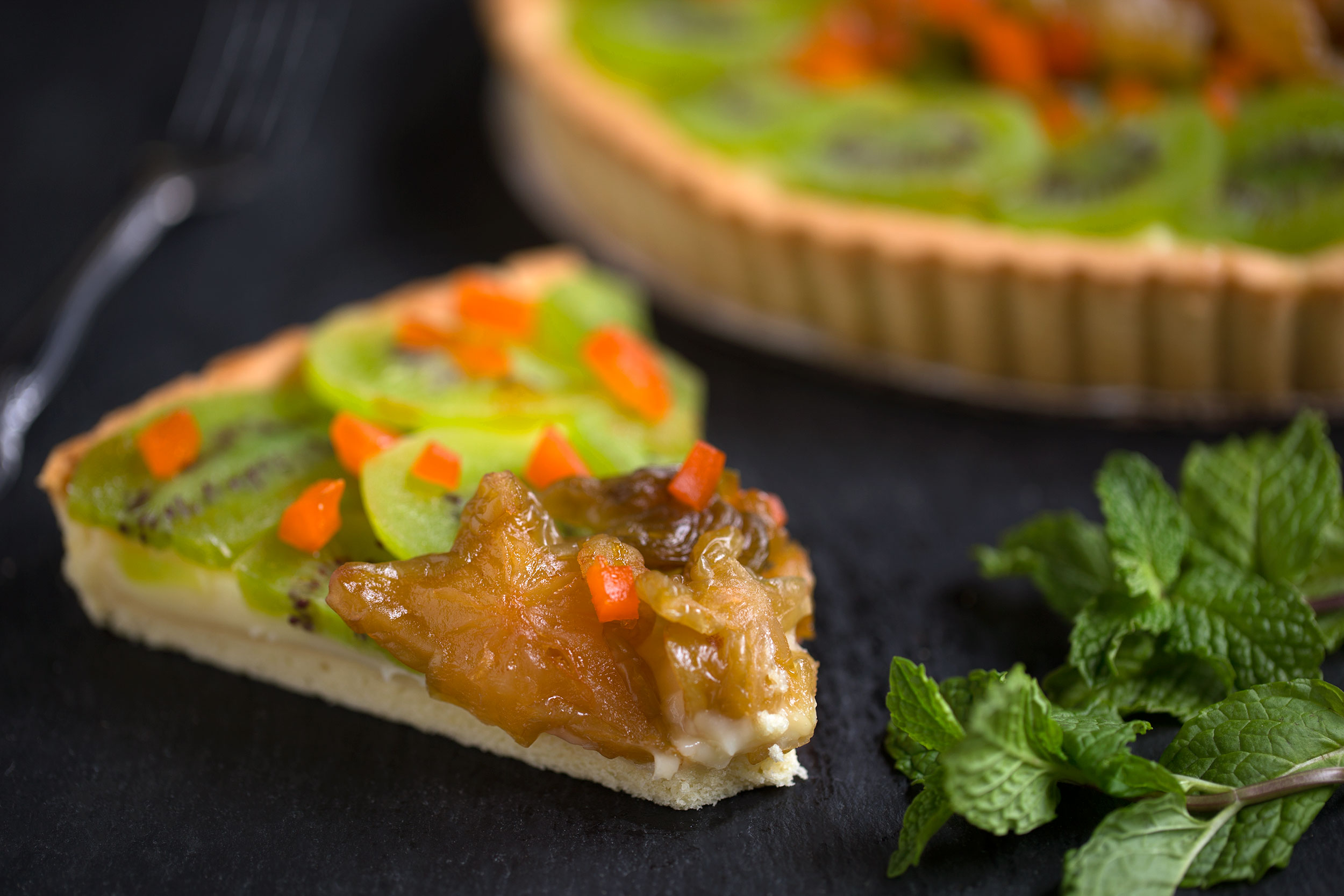