Champignon Mushrooms (also called “White Button” mushrooms) are the mushrooms most commonly eaten by U.S. consumers. Their mild flavor and firm, meaty texture have broad appeal and lend themselves to many different applications.

Rinse mushrooms under cold running water to remove any possible debris. To rehydrate prior to use, place desired amount into a bowl, cover with boiling water and let soak for 15 to 20 minutes. Or, rinse and add directly to any recipe that will cook for at least 25 minutes.

Champignon Mushrooms (Agaricus bisporus), also called "White Button" mushrooms, are the mushrooms most commonly eaten by U.S. consumers. They've been cultivated since the early 1700s in Europe, although there is some evidence to suggest they are native to North American woodlands.

The typical Champignon Mushroom is harvested when it is about 1 to 2 inches tall and about 1 inch wide. It is interesting to note that when certain brown-toned varieties of Champignon Mushrooms are allowed to grow slightly larger (2 to 3 inches tall), they are sold as "crimini." When allowed to grow beyond that (sometimes 4-1/2 inches wide or even larger), they're called "portobello" mushrooms.

Champignon Mushrooms' mild flavor and firm, meaty texture have broad appeal and lend themselves to many different applications. They are frequently used raw in salads, added as a topping to pizza, tossed in a stir fry or cooked in sauces for everything from pastas to roast meats.

When dried Champignon Mushrooms are properly rehydrated, they look, cook and taste just like fresh, especially in applications where they are cooked. 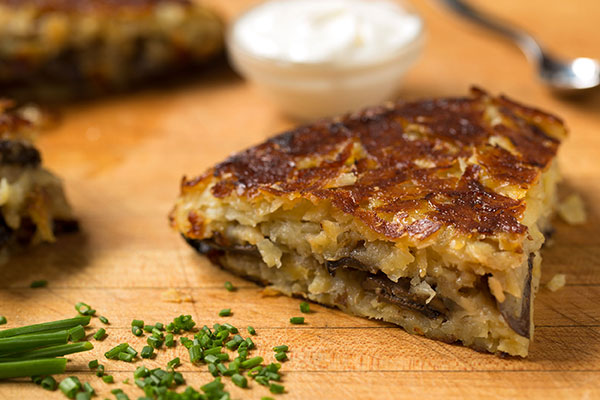