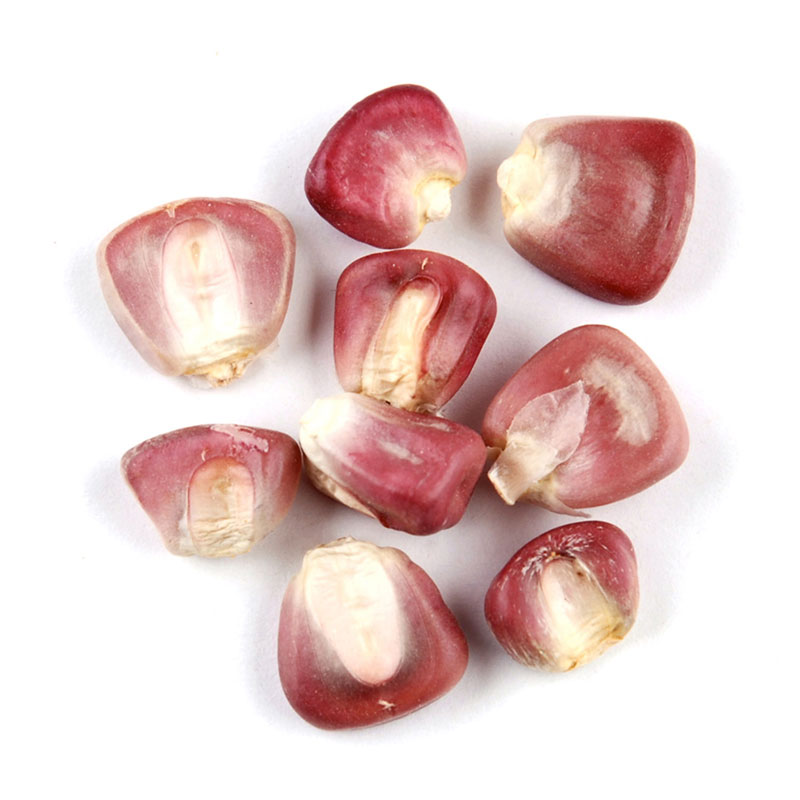 Red Corn is dried whole-kernel corn, deep red in color, with a toasty, earthy-sweet flavor and a chewy, soft texture when cooked. It can be cooked whole or ground to make cornmeal.

Soak 1 cup dried corn in 2 cups water for at least 2 hours, or overnight. Do not drain. Cover and bring to a boil. Reduce heat to simmer, and cook 60 minutes, until tender.

Known globally as maize, corn is the only grain whose origin can be traced to the Americas. Scientists believe that the people of central Mexico developed corn from the indigenous wild grass teosinte at least 7,000 years ago. Corn spread north into the present-day southwestern United States and south as far as Peru.

Corn comes in various colors, ranging from yellow and white to red, purple and blue. This colorful variety has mainly been used as decoration, but is now gaining popularity in cooking. In addition to being eaten whole, corn kernels are frequently ground and processed to make products such as cornmeal, cornstarch and masa harina.