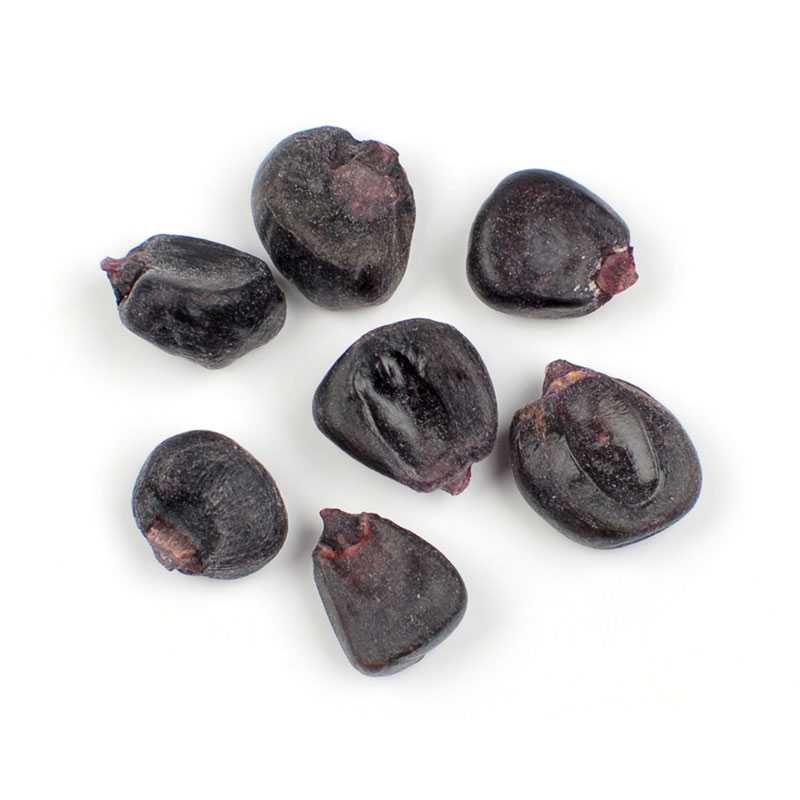 Purple Corn is a variety of extra-large kernel corn grown in the Andes region of South America. The eye-catching deep purple kernels are chewier, starchier and less sweet than typical corn.

Rehydrate by soaking in hot (not boiling) water for 5 minutes before adding to baked goods or salads, if a crunchy texture is not desired. Add to soups, sauces, salsas or stews as is.

Known globally as maize, corn is the only grain whose origin can be traced to the Americas. Purple corn is a variety of the extra-large kernel corn grown in coastal areas as well as mountainous zones of the Andes region of South America, in Peru, Bolivia and Ecuador, and used there since pre-Incan civilizations. It produces kernels with one of the deepest shades of purple found in nature.

The people of the Peruvian Andes have long used the kernels to color food and drinks, including the drink chicha morada and mazamorra, a type of corn pudding that is a popular street food. The kernels are also ground to make products such as purple cornmeal and purple masa.

Purple Corn is considered a superfood due to its high levels of phenolics and anthocyanins, which are plant chemicals that reside in deeply purple, red or blue-pigmented plants. It has been shown that plants rich in anthocyanins also have among the highest antioxidant activity. Purple Corn boasts higher antioxidant levels than blueberries, another naturally occurring purple superfood.

Chicha morada is a classic Peruvian punch made with fruits, spices and colored with Dried Purple Corn. It can be served as-is, or spiked with pisco for an alcoholic version. 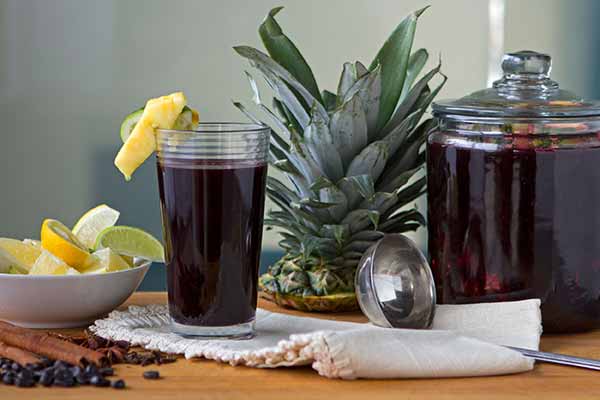