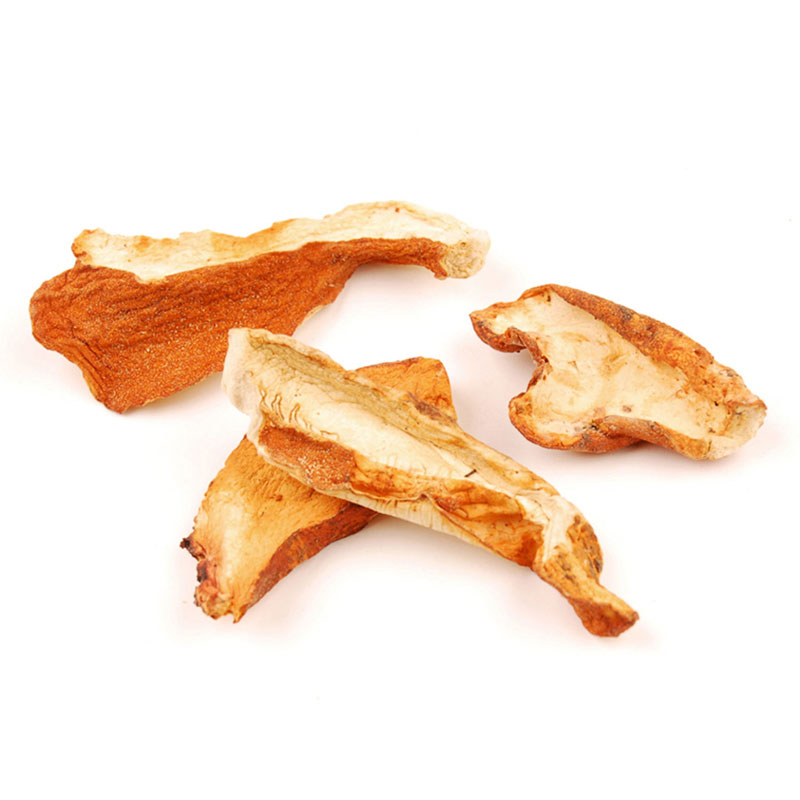 Lobster mushrooms are a unique hybrid between a parasitic fungus and its host mushroom, which is hijacked for its nutrients and transformed into a vivid red-orange variety. Lobster mushrooms have thick, meaty flesh and a deep, earthy flavor.

Rinse mushrooms under cold running water to remove any possible debris. To rehydrate prior to use, place desired amount into a bowl, cover with boiling water and let soak for 15 to 20 minutes, agitating occasionally to shake loose any clinging debris. Drain and rinse, or rinse and add directly to any recipe that will cook for at least 25 minutes.

The lobster mushroom (Hypomyces lactifluorum) is a hybrid mushroom, created when a parasitic fungus attacks another mushroom, typically the brittle white Russula or Lactarius varieties. The parasite hijacks the host mushroom’s nutrients and eventually transforms the brittle, unpalatable white mushroom into a vivid red-orange, thick-fleshed variety with a deep, rich flavor, highly favored by mushroom lovers. As it takes over the host mushroom, the parasite also stops the mushroom from producing its reproductive gills and spores, and instead causes the mushroom to grow small sacs of the parasite’s own spores, helping it to propagate and invade nearby mushrooms.

When cooked, the mushroom’s vivid red-orange hue fades, but still provides a beautiful touch of color and unique flavor.