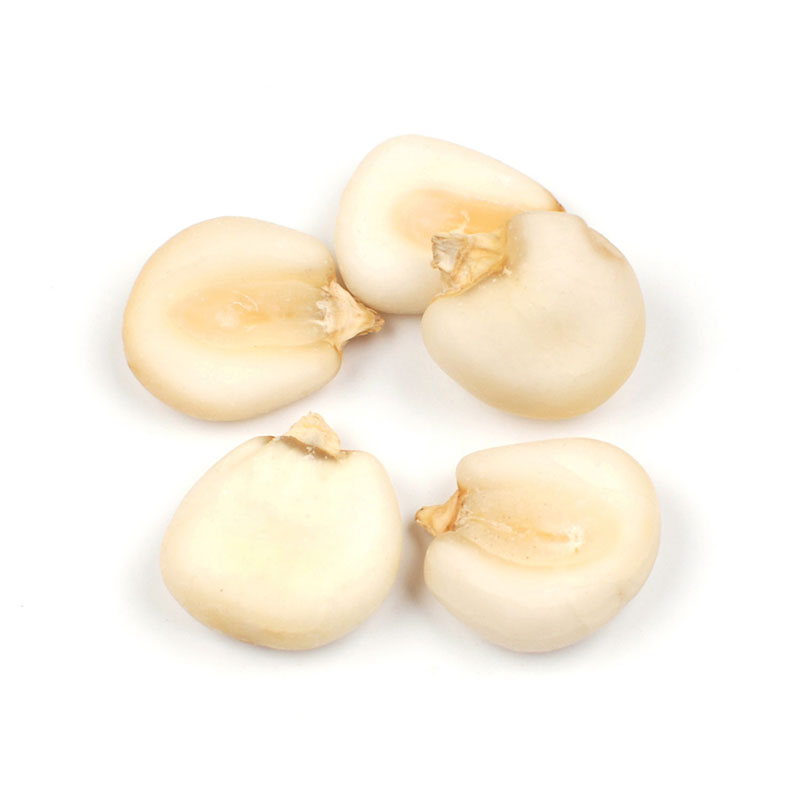 Giant White Corn is also known as Peruvian corn or Cuzco corn, due to its origin in the Peruvian Andes. The large kernels are chewier, starchier and less sweet than typical sweet corn.

Ready to use. Add directly to recipe.

Giant white corn is grown solely in specific regions of the Andes Mountains in Peru, in the provinces of Colca and Urubamba (the Sacred Valley of the Incas). It dates back to at least 1200 B.C., when ancient farmers selected crops for extra-large kernels and effectively created a new variety of corn, which has since adapted to the region's varying terrains and climates.

If harvested fresh, giant Peruvian corn is called choclo. If allowed to dry, it is often ground for masa, processed with lime to make hominy or toasted and salted to make a traditional Peruvian snack called cancha. Farmers still dry it according to an ancient custom that involves a night frost and 45 days of sunshine before removing the kernels from the ears.

Giant white corn is closely associated with indigenous Inca culture, in which it long held a mythical status and was used in food preparation for solemn occasions. Today, it is exported primarily as a snack, but it appears frequently in Peruvian dishes such as pepian, a stew made from the grated corn kernels, and soltero, a dish combining the corn with beans, onion and cheese. It's also used to make tamales and another traditional corn-based pastry called humitas, and is the main ingredient in a range of fermented and non-fermented drinks, collectively referred to as chicha.

Pozole is a traditional, savory, hearty stew from Mexico. We make it by slowly simmering Giant White Corn with ham, herbs and oftentimes dried chiles. We recommend lightly toasting the New Mexico Chiles to bring out their natural flavors and to add a pleasant slight smokiness to the stew. 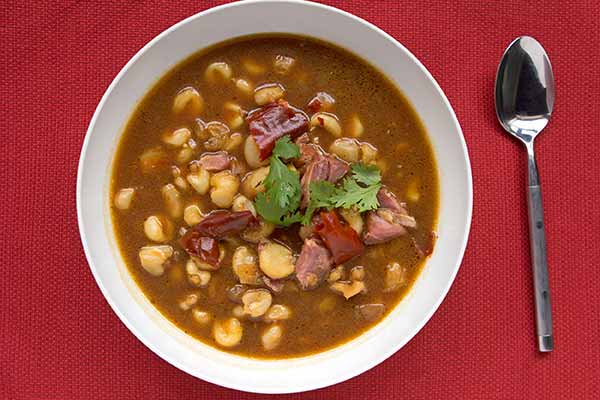