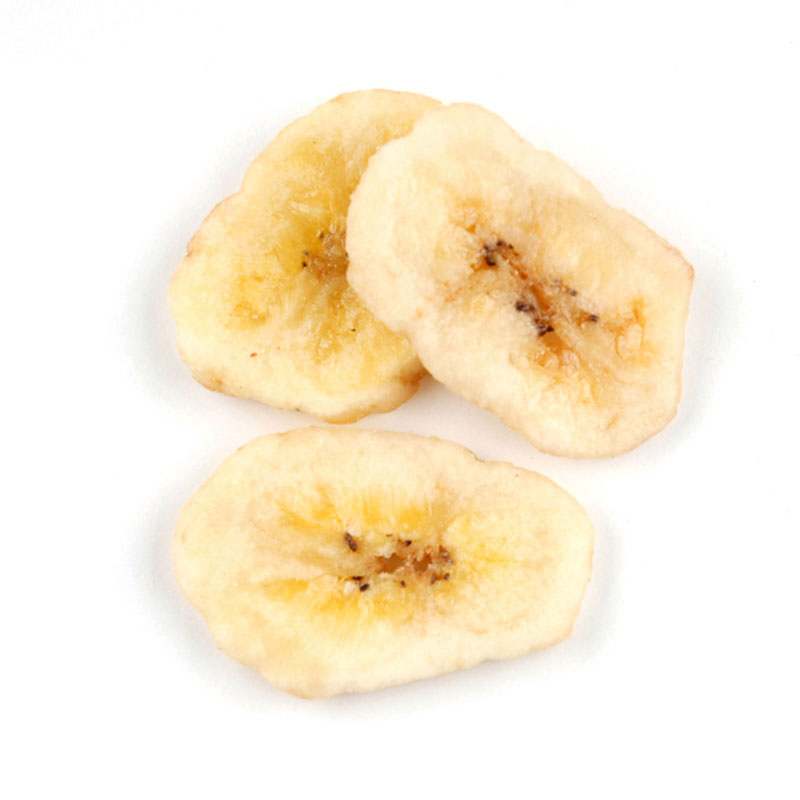 These Sweetened Banana Chips are mild and crunchy, perfect for quickly and easily adding rich banana flavor and crunch to a recipe without added moisture or preparation.

Our Sweetened Banana Chips are mild and crunchy, perfect for adding rich banana flavor and crunch to a recipe.

Bananas have been cultivated for over 2,000 years and are believed to have originated in Southeast Asia. They're currently grown in hot, humid, tropical regions like the Philippines, Costa Rica, Guatemala and Panama. Each banana bush takes about 15 months to mature and produces a single bunch of bananas that often weighs upwards of 50 pounds.

Banana crops are valued not only for their delicious fruit, but for their ability to shade other, more fragile crops, such as coffee, cacao and pepper. Being a non-labor-intensive crop, bananas were also considered an ideal food source for plantation workers, due to their high energy content and digestibility. They are known for their high level of potassium, blood sugar-regulating properties and overall nutrient density. Bananas are still popular worldwide for their sweet flavor, nutritional benefit and convenience.

To make these chips mature Saba bananas (a variety of cooking bananas which tend to be slightly starchier than the Cavendish bananas sold to be eaten raw) are washed, peeled, sliced and then dipped in sugar syrup and fried in coconut oil with added banana flavor.

Our Fancy Shredded Coconut and Sweetened Broken Banana Quarters fill these homemade granola bars with both flavor and texture. Perfect for an easy and nutritious on-the-go breakfast or mid-afternoon snack. 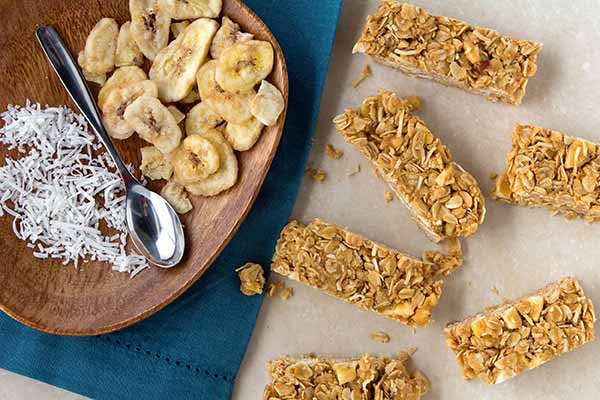