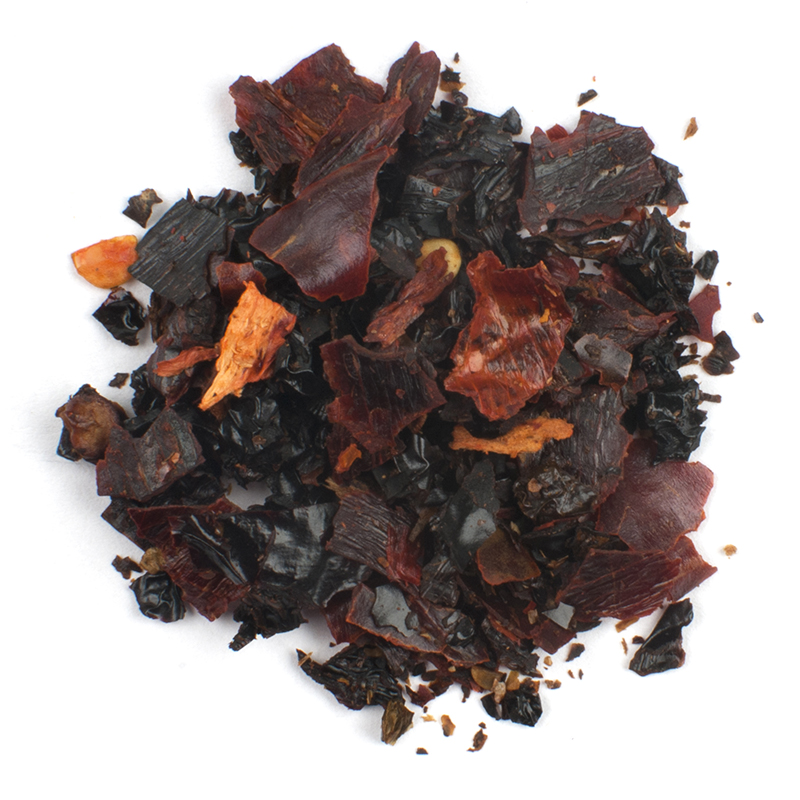 For maximum flavor dry toast chiles in a hot skillet until fragrant or in a 350° oven until puffy and fragrant. Rinse and soak in hot water for 10 minutes to rehydrate or add directly to recipe that will cook at least 10 minutes.

While there are several stories claiming to explain the origin of mole negro, one that we find particularly interesting traces it back to a Catholic convent in the city of Puebla, Mexico in the 16th century. Sor Andrea de la Asuncion, a Dominican nun, was charged with cooking a meal fit to serve the Archbishop of Puebla who had come to visit the sisters of the Convent of Santa Rosa. This task was made more challenging because the nuns lived a modest life and had very little on hand to serve the Archbishop. The story goes that Sor Andrea made a sauce from stale bread, a bit of chocolate, and whatever bits of dried chiles she could find (including Ancho, Guajillo and Pasilla chiles). The sauce, served over a roast turkey, was an instant classic pleasing the sisters as much as the Archbishop. When asked what the sauce was, Sor Andrea described it as a “mole,” the Spanish pronunciation of “mulli,” a word from the Nahuatl language that means “sauce” or “mix.”

The diced ancho chiles in this blend contribute a bass-note flavor often described as almost smoky, earthy or even reminiscent of coffee. Mostly grown in Mexico, the word "ancho" means wide, referring its flat, heart shape. The ancho chile is sometimes mistaken for a pasilla or mulato pepper, but it is actually a dried version of the popular poblano pepper.

Diced Trinity Blend also contains diced dried guajillo chiles. The guajillo chile is made from dried mirasol peppers, a thin-skinned variety from the Zacatecas, Durango region of Mexico. Its complex notes include green tea, berry and pine nut. Its name translates to "little gourd" in Spanish, referring to its shape and rattling seeds when dried. Its tingle and bite earn the Guajillo the nickname "travieso," meaning mischievous, but Guajillo Chiles average only between 500 and 5,000 Scoville Heat Units. This extremely popular chile variety is highly prized for its bright, fruity flavor. It contributes a tangy, berry-like flavor to the blend.

The third member of this blend’s trinity of chiles is the pasilla chile. Pasilla chiles (sometimes called “pasilla negro” or even “chile negro”) are dark-skinned chiles with the same color purple-black skin one might associate with eggplant or raisins. In fact the word “pasilla” is usually translated as “little raisin” because these dried chiles have both the color and the deeply wrinkled skin of raisins. The flavor, too, is often said to suggest raisiny notes. Pasillas also offer medium heat in addition to their rich, fruity flavor with herbal notes.

Our Diced Mexican 3-Chile Blend is blended from seeded, diced and granulated dried chiles. It is a great timesaving shortcut to making mole from scratch, or for any application where a blend of chile flavors can be appreciated. 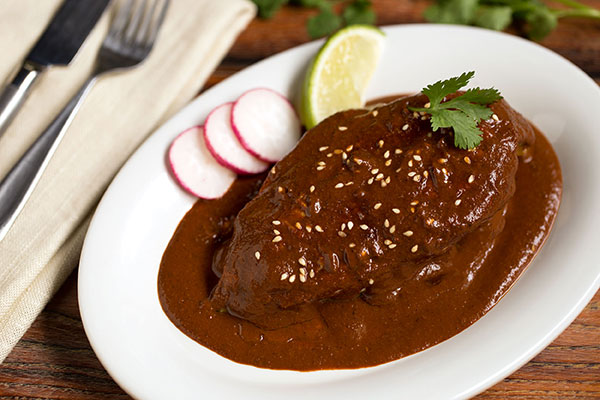