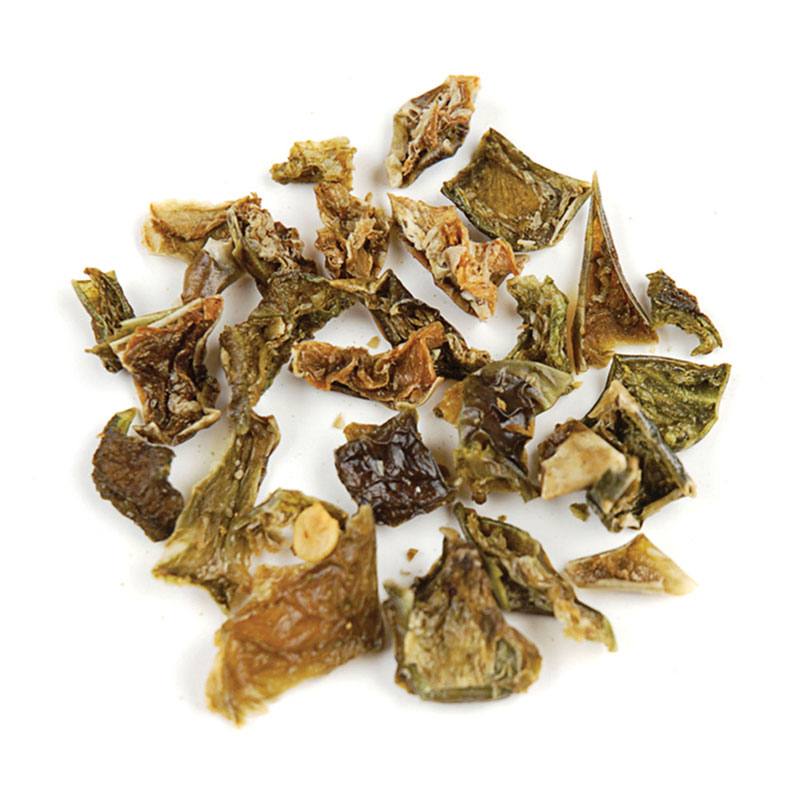 Rinse and soak in hot water for 10 minutes to rehydrate or add directly to recipe that will cook at least 10 minutes.

Chiles in the Capsicum annuum family, like the Anaheim variety, have been part of the human diet in the Americas since at least 7500 BC. While they are now staples in many cuisines, chiles were not introduced to the rest of the world until the late 1400's, when explorers brought the fruit and seeds back to Europe from the Americas. Chiles began being traded for their heat and flavor and as a cheaper alternative to highly prized peppercorns.

Diced Anaheim Green Chiles are packed with fresh, sweet flavor and a mild heat. Quickly re-hydrated, these peppers match up perfectly with juicy pears, honey and lime juice in this easy but complex-tasting jam. Use this spread to enhance chicken, fish and sandwiches. 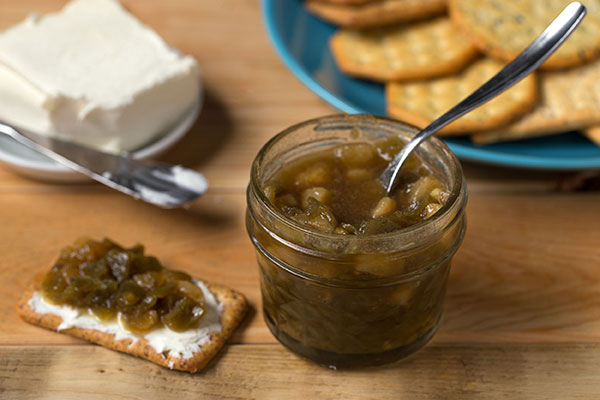