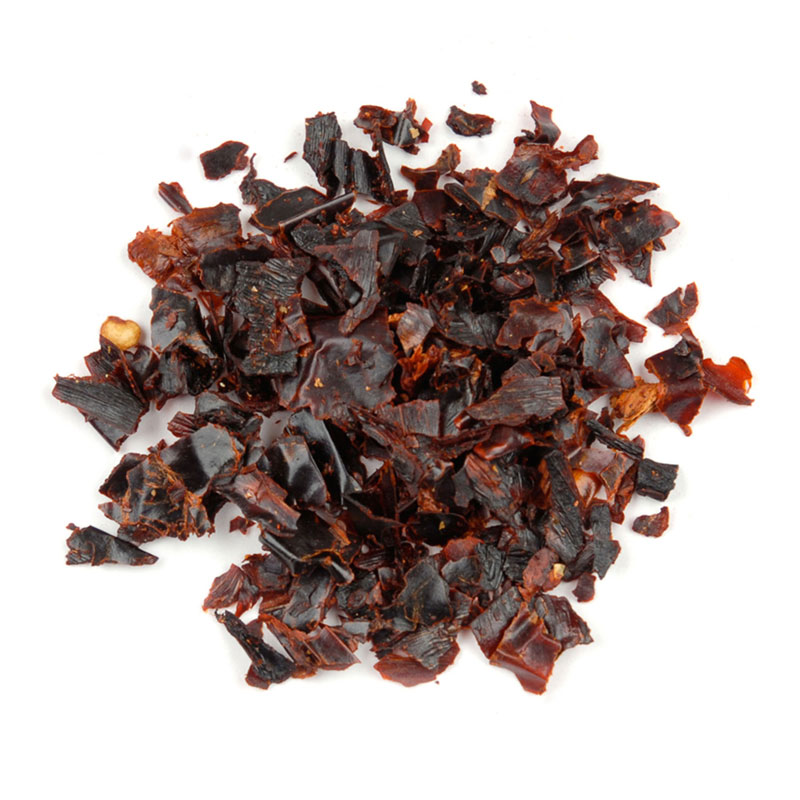 Guajillo Chiles are widely popular in Mexican cooking, coming in second to the famed Ancho chile. With a fruitier flavor than many other peppers of its kind, this variety adds a tangy, berry-like punch to its spicy flavor profile.

For maximum flavor dry toast chiles in a hot skillet until fragrant or in a 350° oven until puffy and fragrant. Rinse and soak in hot water for 10 minutes to rehydrate or add to recipe that will cook at least 10 minutes.

The Guajillo Chile is the dried variety of the mirasol pepper, a thin-skinned chile from the Zacatecas, Durango region of Mexico. Its complex notes include green tea, berry and pine nut. Its name translates to "little gourd" in Spanish, referring to its shape and rattling seeds when dried. Its tingle and bite also gives it the nickname "travieso," meaning mischievous.

The pepper is a primary ingredient in traditional Mexican mole sauces, dating back to the origin of the sauce that was invented in the 16th century by Sor Andrea de la Asuncion, a Dominican nun in the city of Puebla. Its tart and tangy undertones are perfect paired with the smoky nature of the other peppers used to make mole.

The traditional brothy, chile-based soup pozole is one of Mexico’s best-loved dishes. The heat level of this version is moderate, emphasizing the lighter, fruity notes of the ancho and guajillo chiles. Traditional garnishes are added at the table, lending extra texture, flavor and acidity to this bright, flavorful soup. 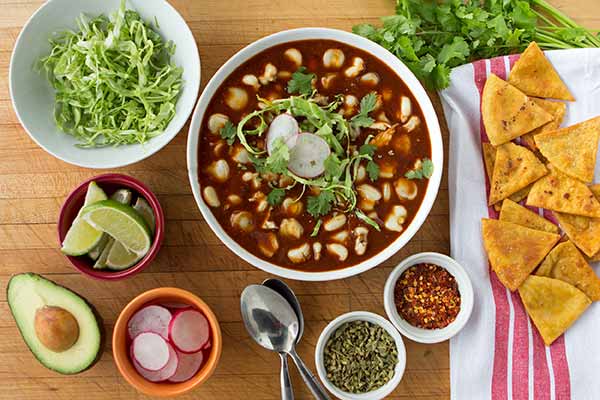