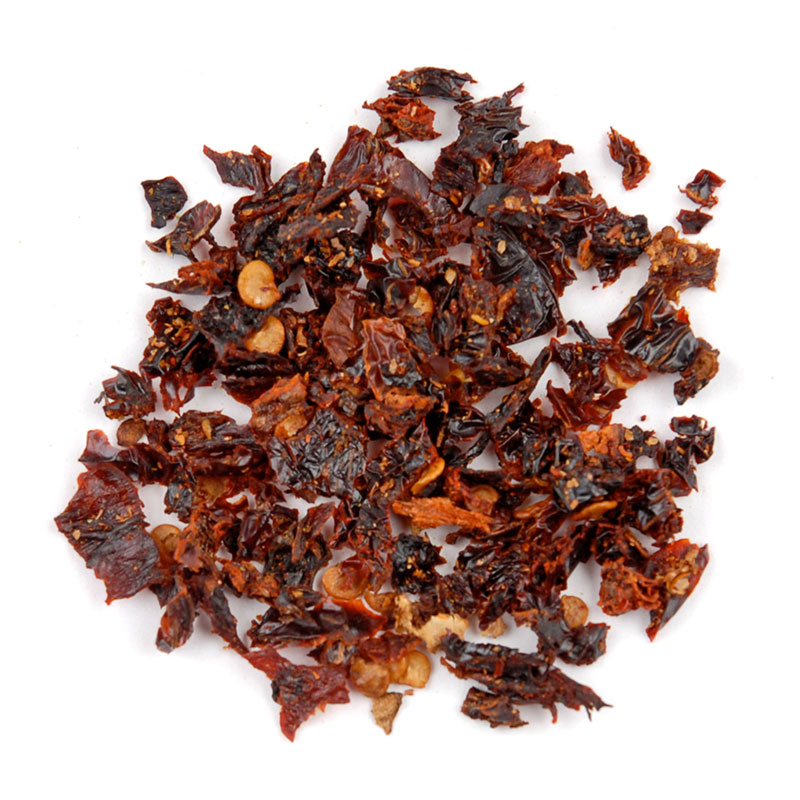 Our Diced Chipotle Chiles are smoke-dried green chile peppers (usually jalapeno or serrano) that are rich in smoky, slightly chocolate-y flavor with a deep, subtle heat. These convenient dried and diced peppers are an easy way to keep authentic chipotle chiles in stock and ready to use.

While dried peppers are used often in ethnic cuisine, the chipotle chile has remained unique to Mexico and other Mexican-inspired fare in the United States. Toward the end of the chile growing season, peppers turn from green to red, signifying their ripeness. The pepper's thick skin quickly rots instead of drying in the sun. Therefore, the smoking process was introduced to preserve the leftover green chiles before they turned red. This technique dates back to ancient Aztec civilizations, originating near the ancient city of Tenochtitlan, but has carried through to the present day due to its effective and pleasurable results.

The hot pepper family of capsicum is one of the longest cultivated crops, dating back over 7,000 years. Native to the Americas, these flavor-rich vegetables were not introduced to the rest of the world until the 15th century. Today, they are used across the globe to add depth and heat. They are often dried to preserve their flavor and occasionally valued for their medicinal utility.

Chutneys are delicious combinations of sweet, salty and tangy flavors cooked down to a thick, jam-like spread. This chutney balances the sweet flavor of Honeycrisp apples, the spice of cumin, mustard seed and ginger and the smoky heat of our Diced Chipotle Chiles. 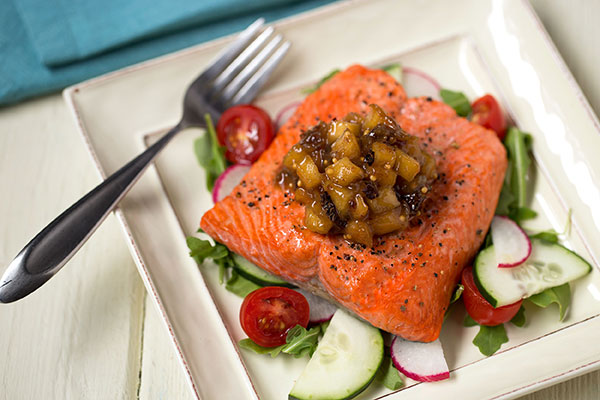