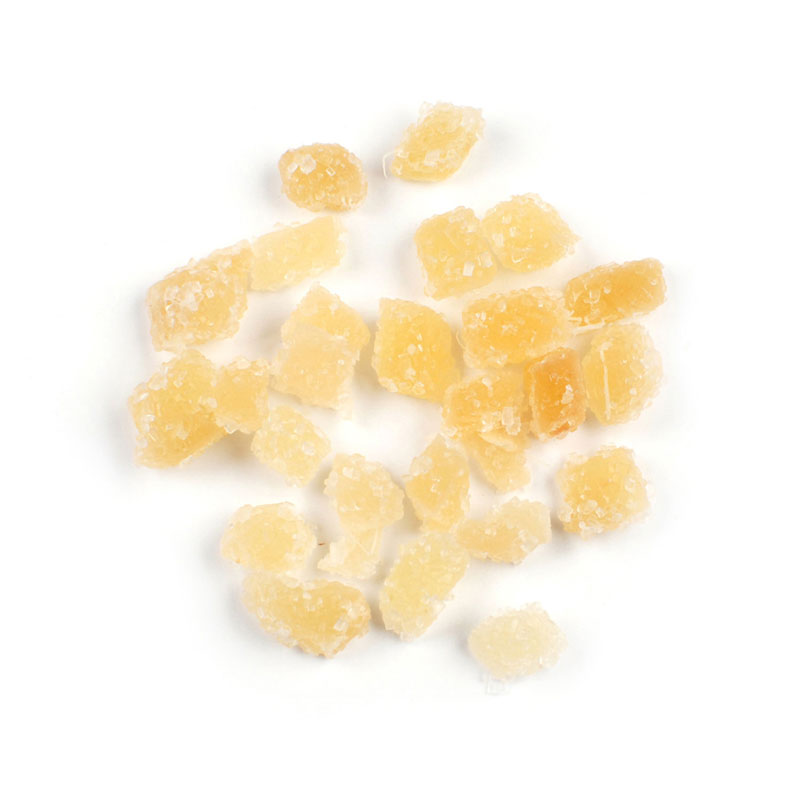 Crystalized ginger, also known as candied ginger, is made from a simple ginger root that has been dried and preserved with a sugar coating. Naturally sweet and spicy, it adds ginger flavor and buffed yellow color to baked goods, beverages and entrees with convenient diced pieces.

Ginger (Zingiber officinale) is a flowering plant whose root is widely used as a flavoring and spice. Grown mainly in tropical and sub-tropical regions, most of the world’s ginger comes from India, China, Malaysia and other South Asian countries. In the U.S., Hawaii is one of the leading ginger producers. Ginger most likely originated on the Indian subcontinent.

Ginger’s culinary and medicinal uses are widespread. Fresh ginger is a popular seasoning in India, China, Japan and South Asian cuisines. It is also popular in the Caribbean, and in Northern Europe where it is used to flavor baked goods like gingerbread, ginger snaps and traditional cakes. Ginger is also commonly made into a an herbal tea. Crystalized ginger, also known as candied ginger, is made from a simple ginger root that has been dried and preserved with a sugar coating. 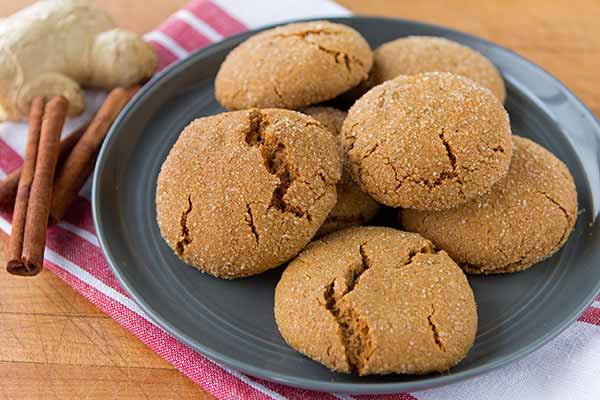