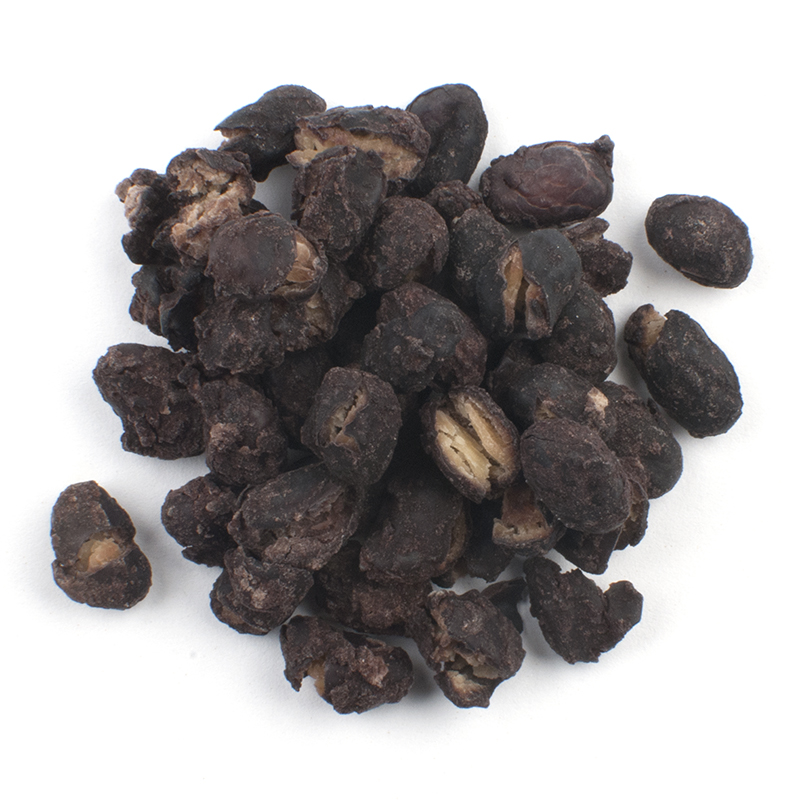 Our Organic Dehydrated Black Beans have been pre-cooked and dehydrated, allowing for shorter cook time and added convenience. This quick-cook variety is great for preparations in which time is of the essence.

Simmer beans in liquid for 10 to 12 minutes, or soak for 1 hour until tender. Rehydrated beans can be added directly into finished dishes, or used in alternative applications.

Our convenient Organic Dehydrated Black Beans are pre-cooked then dehydrated, preserving them for future use while also reducing future cook time. With no need to soak, rinse or cook for multiple hours, our Organic Dehydrated Black Beans are a timesaving ingredient for all kinds of applications. Instead of 1 to 4 hours of cook time, as is needed with other dried beans, these dehydrated beans need only be simmered for 10 to 12 minutes, or simply soaked in cool water for about one hour.

Ranging in size from that of a pea to 1/2 inch long, black beans hold their shape well throughout the cooking process. With a meaty texture and slightly earthy flavor, black beans add body to everything from dips and soups to salads and burritos.

Black beans have been a diet staple in Latin American cultures for centuries, with a history dating back almost 7,000 years. Black beans play an important role in the cuisines of Mexico, Brazil, Cuba, Guatemala and the Dominican Republic. Brazil’s national dish, feijoada, is a rich, long-simmered stew made from black beans and an assortment of fresh and smoked cuts of pork and beef. Frijoles negros, as the beans are called in Spanish, is a simple stewed bean dish prepared throughout Cuba, Puerto Rico and Mexico and is seasoned with onion, garlic, spices, and sometimes leftover cuts of pork or bacon.

Black beans are members of the legume family – plants grown for their edible seeds and pods, which boast a high nutrient content with low-maintenance production and storage. They contain protein, essential minerals and fiber while also being low in fat.

Believed to have originated in Peru, beans (phaseolus vulgaris) were spread through trade throughout South and Central America, and were later introduced to Europe in the 15th century by Spanish explorers. Widely known as an inexpensive source of protein and other nutrients, they have become a diet staple in many cultures.

Organic dehydrated black beans are cooked organic black beans that have been dried for quick use. These beans can be tossed in soups as a last ingredient or fluffed up with quick-cook rice. Our recipe recreates a popular style of fermented black bean sauce typical in Mandarin cuisine. 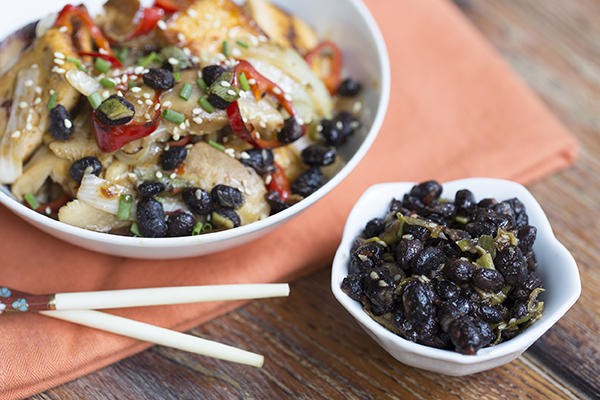