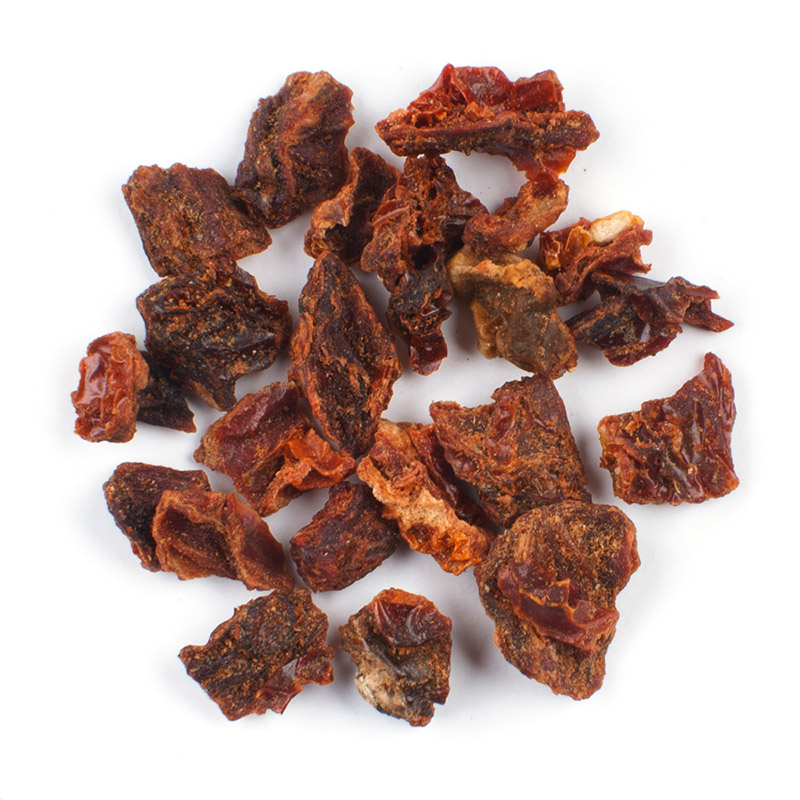 Coarse Diced Sun-Dried Tomatoes are vine-ripened tomatoes that have been halved and dried, then cut into 1/4 inch dices. These certified organic tomatoes contain no other ingredients, not even salt!

Our Coarse Diced Organic Sun-Dried Tomatoes are simply made; they’re vine ripe organic tomatoes that are sliced and dried without anything added. The drying process helps our Sun-Dried Tomatoes capture and intensify all the great, summery flavors of fully ripe, fresh tomatoes. Sun-Dried Tomatoes may tend to be slightly sweeter than fresh tomatoes as well as the drying process concentrates their natural flavors.
Once dried, they range from rich brick-red to deep red-brown in color. These tomatoes have been diced into coarse pieces about 1/4 inch across. The larger pieces are sometimes a bit crisp along the edges, and tend to be dense and chewy unless rehydrated first.
Tomatoes have been cultivated for thousands of years by the indigenous peoples of the Andes Mountains. Over time the practice of growing tomatoes for consumption travelled north through Central America and into what is now Mexico and the Southwestern U.S. states. In fact, the word "tomato" is thought to come from “xitomatl,” the word used for the Aztecs used for the fruit. During the 16th and 17th centuries, Spanish and Portuguese explorers and colonialists brought tomato seeds to Europe. From Europe tomato cultivation spread throughout the rest of the world until it found a role in almost every major culinary culture. 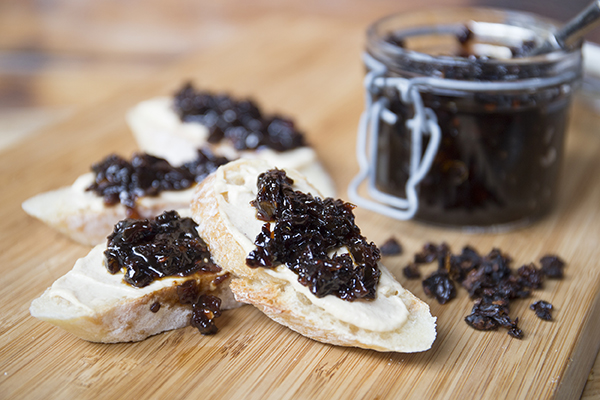