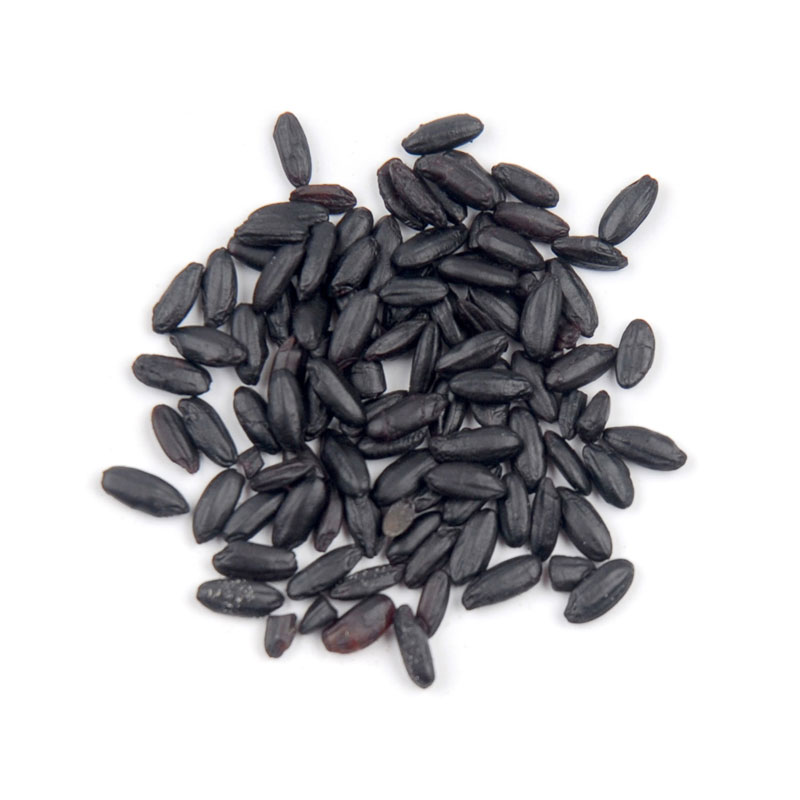 Chinese Black Rice, also known as Emperor's Rice, is a glutinous medium-grain rice which turns a silky dark indigo color when cooked. We source all-natural rice with a rich, sweet flavor for our Chinese Black Rice.

Bring 1 cup rice and 1 3/4 cups water to boil in a pot over high heat. Cover, turn heat to low, and simmer until tender, about 25 minutes. Separate grains with a fork before serving.

Chinese Black Rice is also known as “emperor's rice” or “forbidden rice” because it was once cultivated exclusively for the Chinese emperor and aristocracy to ensure good health and longevity. Historically, black rice’s scarcity was also a result of low yield: it produces just 10% of the harvest of other varieties. Black rice is a glutinous, medium-grain rice. Its violet-black color is a result of a high concentration of anthocyanin, the same antioxidant responsible for the color of blueberries, acaí berries, eggplant and concord grapes. Interestingly, the color of black rice is caused by a gene mutation. Black rice is considered a superfood thanks to its high level of anthocyanins. It also has more protein and fiber than white, red or brown rice and it’s packed with iron and vitamin E. Black rice has a rich, sweet flavor and a satisfyingly chewy texture. While it is traditionally used in Taiwan and Mainland China as a dessert ingredient, it can easily substitute other varieties of rice in savory dishes. Its color, which changes from black to purple during cooking, makes for a beautifully striking presentation.

Congee is a savory rice porridge that is a breakfast staple in China. Served with all manner of toppings and condiments, from cooked chicken or hard-boiled eggs to bamboo shoots, mushrooms and pickled vegetables. Either short- or long-grain rice can be used in congee, but we love the striking appearance and mildly sweet, nutty flavor of congee made from Chinese Black Rice. 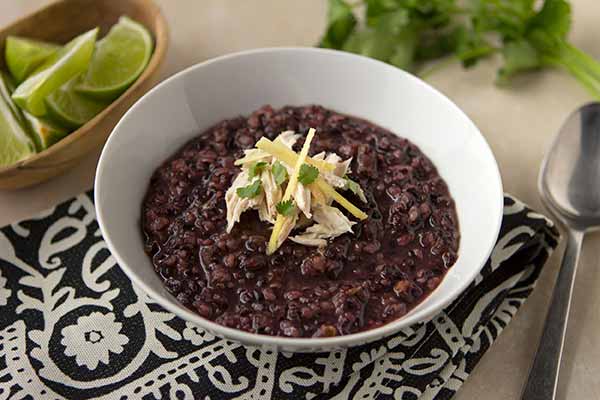