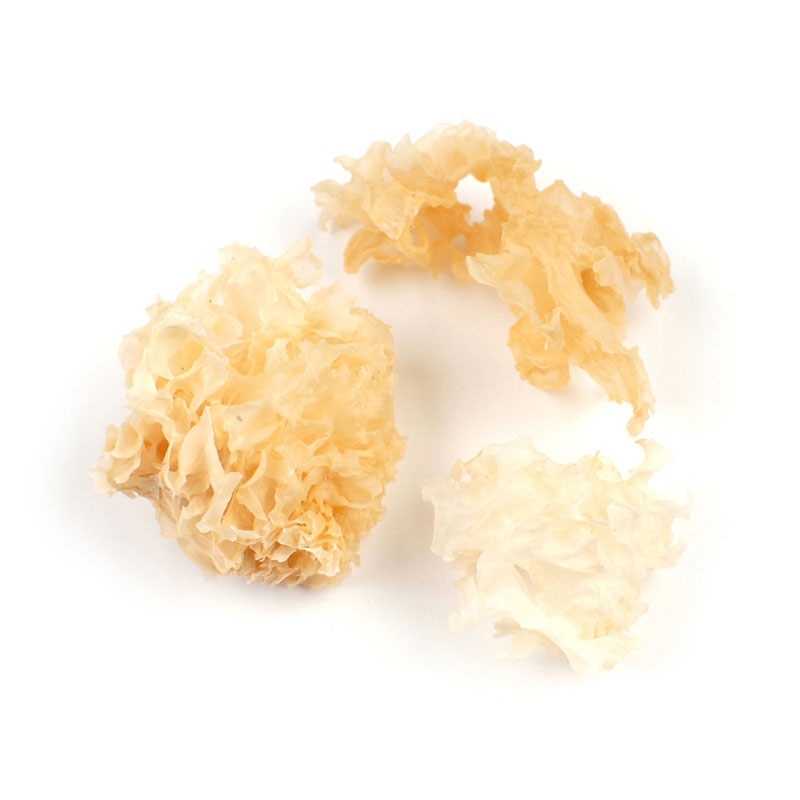 Cauliflower Mushrooms are known for their unique, coral-like appearance - thought to resemble a head of cauliflower - and soft texture when dried and rehydrated.

Because of their intricate shapes, Cauliflower Mushrooms must be thoroughly cleaned before using. Rinse mushrooms under cold running water to remove any possible debris. To rehydrate prior to use, place in large bowl or pot and cover with three to four times mushrooms' volume of water. Soak until the mushrooms become completely soft, at least 30 minutes but often longer. Trim off any part parts near the base of the stem and discard. Rinse thoroughly and gently squeeze out excess water, then drain to dry.

Cauliflower Mushrooms are one of seven or so edible varieties of mushrooms in the genus Sparassis (the name comes from the Greek word "sparassein," meaning "to tear"), notable for their unique appearance and texture. The mushroom is capless, and grows in a branched mass from a central stem, its ivory to cream-colored body resembling coral or, less so, a head of cauliflower, hence its common name. Cauliflower Mushrooms grow on the stumps or roots of coniferous trees in much of Europe and parts of eastern North America. Most are around 6 to 8 inches in diameter.

If intended for consumption, Cauliflower Mushrooms should be harvested young, when the fruiting bodies are creamy white. Once they turn yellowish brown, they become too tough to digest. Because of the delicate, intricate folds in the mushrooms' fruiting bodies, they must be thoroughly cleaned before cooking and eating to remove trapped debris. Dried Cauliflower Mushrooms can absorb enough water to double in size when properly soaked. They can also change color from yellowish-white to semi-transparent.

Fresh, their texture is often described as crisp or brittle, but once dried and rehydrated it becomes very soft and gelatinous, similar to overcooked pasta. Dried Cauliflower Mushrooms are generally used because of their distinctive texture, to add body to recipes. The soft texture of rehydrated Dried Cauliflower Mushrooms has great appeal to many Asian cultures, but their appeal extends globally, as they are gathered and consumed wherever they are found, including in Asia, Australia and North America.

Hot pot, a popular variety of stew served in Southeast Asia, is typically brought to the table as a pot of simmering broth, then ingredients such as meats and vegetables are then added to the pot at the table to cook in front of the guests. This vegan recipe incorporates hearty tofu and earthy mushrooms for a satisfying cold weather meal. 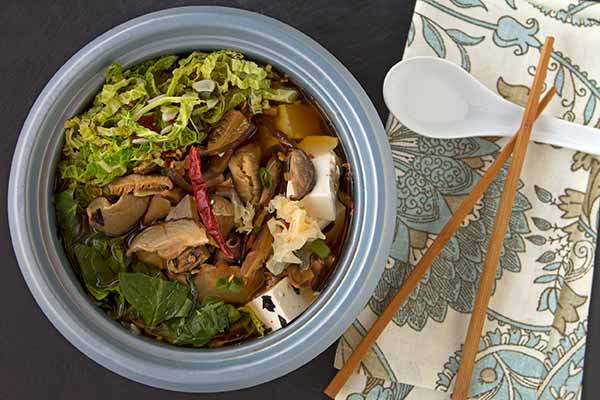