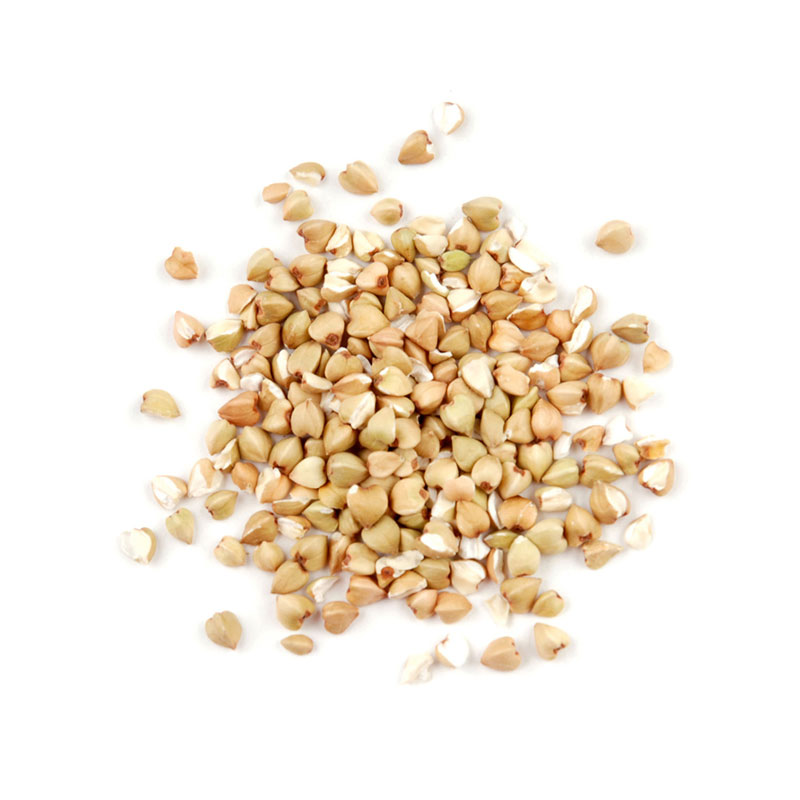 Buckwheat Groats are the small, angular hulled seeds of the buckwheat plant. Used like a typical grain in baking or cereals, buckwheat provides alternatives for those looking to eliminate gluten or pack more nutrients into their diet.

Buckwheat Groats (Fagopyrum esculentum) are the small angular seeds of the buckwheat plant. Often mistaken for a cereal grain, this gluten-free cousin of rhubarb is actually not related to wheat. The word “groats” refers to seeds that have been freed from their hulls; typically groats are more easily digested than whole seeds.

Buckwheat Groats are the whole, hulled form of buckwheat. They are excellent for use in salads, stuffings and pilafs. Perhaps the best-known method of preparing Buckwheat Groats is in porridge form. The dish, called "kasha" by the Russian and Polish peasants who brought it to the United States, was served with pasta or used as filling for knishes and blintzes.

Buckwheat Groats have a complex flavor and super crunch, making them a fantastic gluten-free addition to this easy granola. Our Organic Goji Berries are sweet and tart with an unexpected tropical flavor. 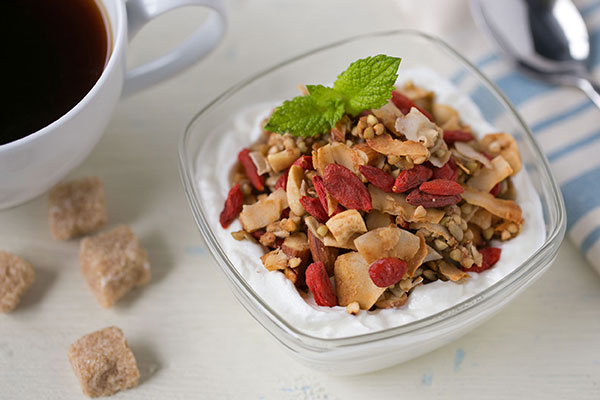