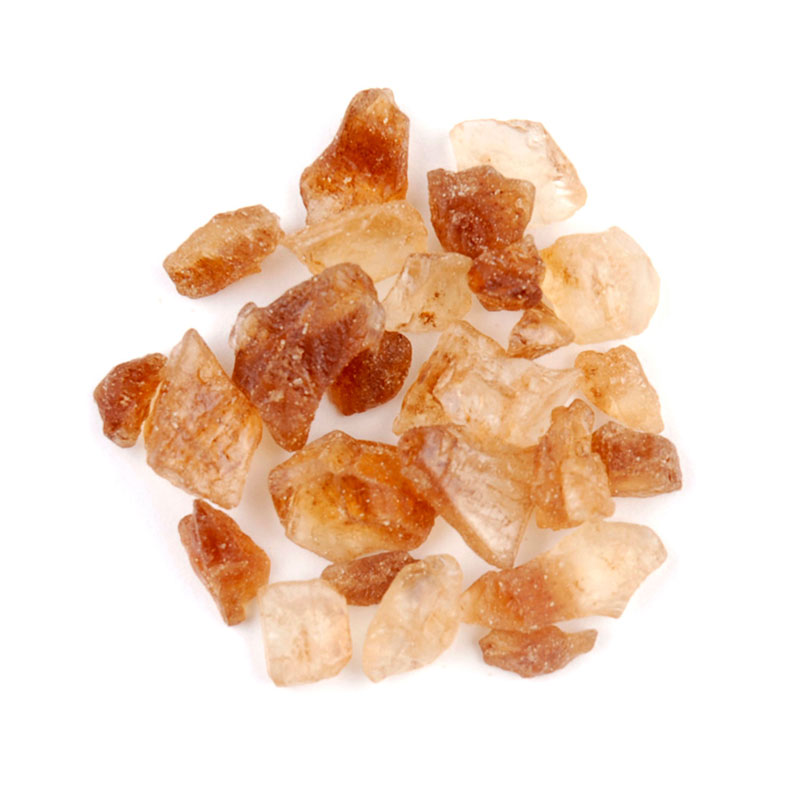 Brown Rock Sugar Crystals are a large, faceted form of sweet, crystalline sucrose, most often used as an additive to foods for texture as a garnish for added visual interest.

Brown Rock Sugar Crystals are formed through a crystallization process whereby water is saturated with sugar and then agitated during the dissolving process. These granules combine to form into small rocks, perfect for adding visual interest to confections or using on the table for coffee or tea.

Sugar is derived mostly from sugarcane and sugar beets. It was known to the ancient Greeks and Romans, and present in Europe as early as the 1st century CE. Processed sugar remained a luxury food well into the 19th century. The British dominated the sugar industry and were driven to many tropical countries and the Americas where sugarcane plantations became a major overseas commodity, introducing the trade triangle that intensified slave trade.

In 1801, the first European beet sugar factory was established, making domestic production popular and accessible to the masses and inevitably making sugar a household staple. Today, roughly 70% of sugar is derived from sugar cane in tropical countries and 30% is derived from beets, mainly in Europe and North America.

In this recipe, using our visually appealing White Rock Crystal Sugar allows the sweetness to slowly distribute into the sauce as it cooks down and thickens. Paired with fresh ginger, this one-pan meal is flavorful yet simple to prepare. 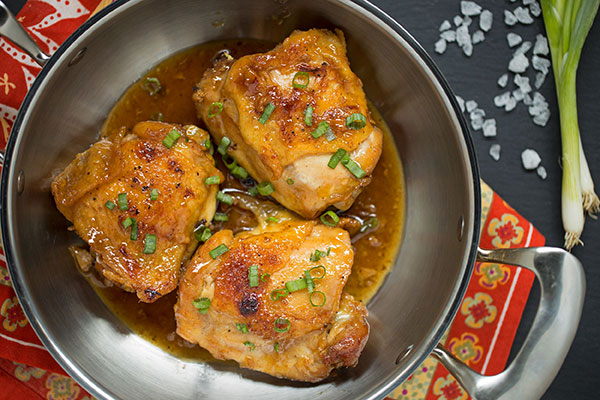