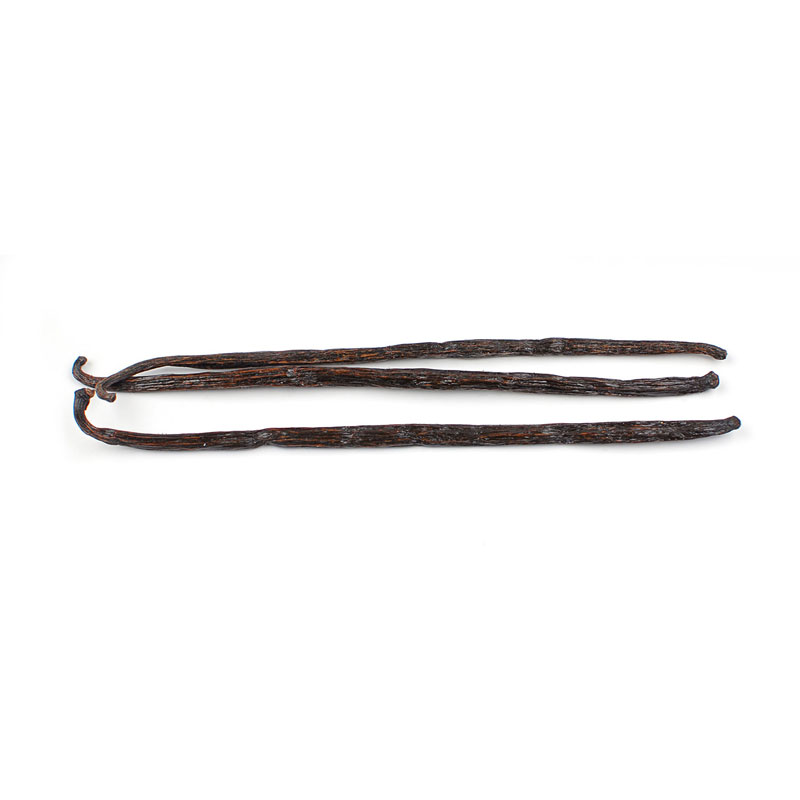 Madagascar Bourbon Vanilla Beans are produced on the island of Madagascar, one of the Bourbon Islands off the southeastern coast of Africa, where they are hand-harvested and sun cured to feature a sweet, richly aromatic fragrance and smooth, buttery, creamy vanilla flavor.

Ready to use whole for infusing or may be split lengthwise and scraped of seeds for more intense flavor.

These top-quality Madagascar Bourbon Vanilla Beans come from the island of Madagascar and neighboring islands in the southwestern Indian Ocean, as well as Indonesia. They are the soft, resinous, richly fragrant seed pods-or "vanilla beans"-of the flat-leaved vanilla orchid (Vanilla planifolia). Madagascar vanilla is also known as Bourbon vanilla, in reference to the former name of the island Réunion,“Île Bourbon.”

Vanilla became very popular in Europe after Spanish explorer Hernando Cortez brought it back from the Americas. It was initially considered a luxury for nobility and the very rich, but as the hand pollination technique was adopted, vanilla beans grew less scarce and relatively more accessible. The second most expensive spice in the world after saffron, vanilla is prized in both the culinary and perfuming industries for its rich, mouthwatering fragrance

Vanilla beans are green when harvested, and become black due to the lengthy fermentation process, but they remain soft and flexible. The seeds inside the pods are covered in a slightly sticky, resinous substance. To extract the seeds, the pods must first be split open and then scraped.

Madagascar Bourbon Vanilla Beans, the most common vanilla bean on the market, differ from Tahitian vanilla beans in numerous ways, making each variety better suited to different applications. The Madagascar bean is more slender, with a richer, more buttery, creamy flavor. Its vanillin compounds are stronger than those of the Tahitian bean and stand up well to heat, making it a better choice for baking and hot cooking applications, such as cakes, cookies, custards and sauces, and as a counterpoint to savory ingredients and proteins such as lobster, pork, duck and foie gras.

It is estimated that 95% of the vanilla products in the world are made with imitation vanilla, rather than the superior natural vanilla extract. Try substituting these all-natural Bourbon Madagascar Vanilla Beans in your favorite recipe, and you'll immediately notice the difference.

Vanilla has been used for various medicinal and aromatherapeutic purposes, from treating intestinal gas and fever to promoting relaxation and increasing sexual desire. In Indian ayurvedic medicine, vanilla is thought to help alleviate toothache. Vanilla is also often used as a flavoring in syrups used for making medications.

Nothing tastes and looks like vanilla ice cream more that when it is dotted with Madagascar Bourbon Vanilla Beans. To make this simple indulgence something remarkable sprinkle generously with our own Mocha Vanilla Sea Salt for a crunchy, sweet & salty blast that is unforgettable. 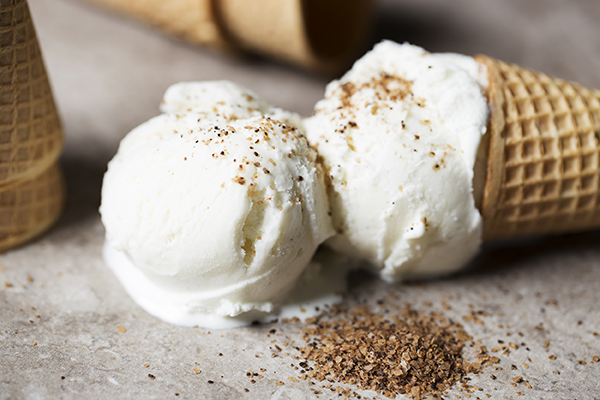