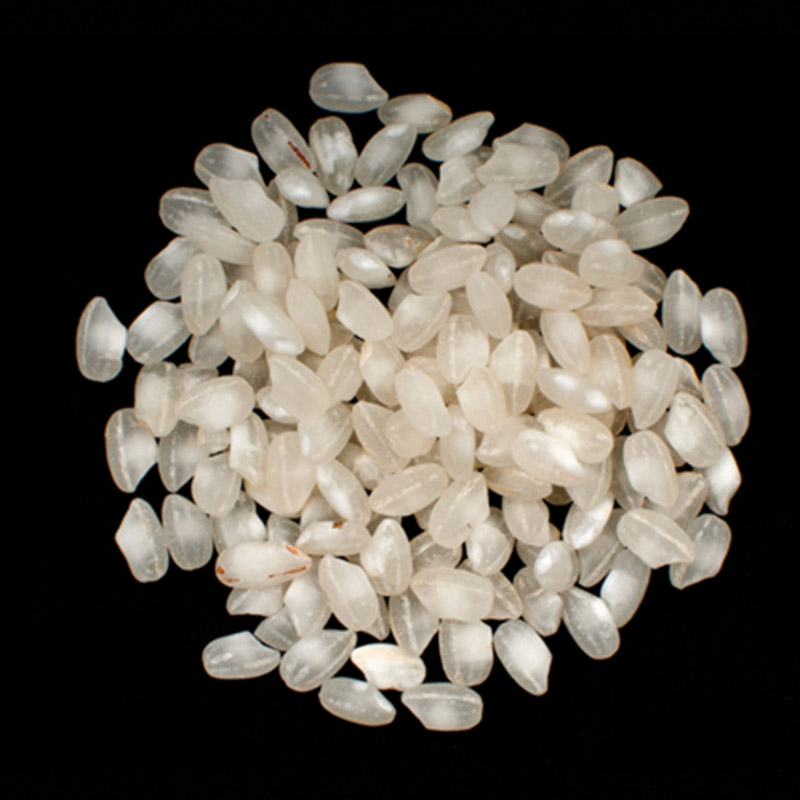 Bomba is a short grain rice that absorbs three times its volume in broth (rather than traditional two) for wonderful taste and firm consistency when used in traditional paella. We source absorbent grains of authentic bomba rice from Spain for our Bomba Valencia Rice.

Bomba is a type of rice prized for its starchy center, which can absorb three times its volume in cooking liquid. Its hardness and structure does not break down easily, however, so it cooks to distinct separate grains, never sticky or mushy.

Grown in wetlands south of Valencia, bomba matures very slowly. The result is a rice that produces an exceptionally dehydrated grain, which further improves its absorbent qualities.

This centuries-old short grain rice with a leisurely maturing process (it takes 30% longer to mature than other kinds of rice) has been harvested since the 14th century. This extended growing cycle produces exceptionally dehydrated kernels ready to absorb even more of the tasty sauces and flavors of paella broth and other Mediterranean recipes.

When cooked Bomba Rice maintains its shape and bite while absorbing three times its volume in liquid, creating an intense flavor. Bomba Rice expands in width instead of length, to form round "bombs."

This classic rendition of seafood paella is the most popular version of the traditional Spanish dish. Due to its slightly labor-intensive preparation, large groups often gather outside to cook paella either over an open fire or on a specially designed paella grill. We adapted our version for the stovetop and oven, but a kettle-style charcoal grill can also be used to enhance the already complex flavors of paella. 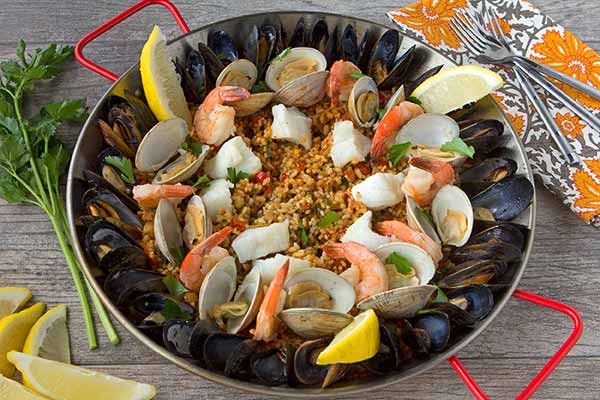