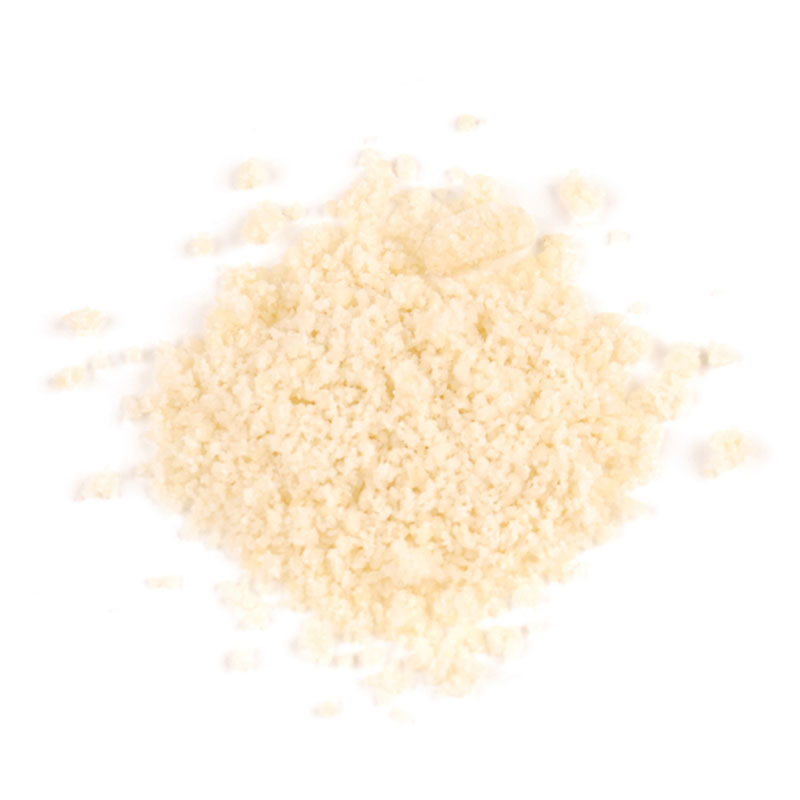 Blanched Almond Meal is a fine-textured, light-colored nut flour made from ground sweet almonds that have been blanched to remove their papery skins.

Almonds have a rich, slightly sweet flavor that is delicious on its own and also pairs well with other flavors. Almonds can be eaten whole or ground, or prepared as in marzipan, almond paste or almond butter. They are also frequently pressed for their oil or even put through a process that distills their flavor as almond essence. They are occasionally processed with water to make almond milk, a substitute for dairy milk.

Blanched Almond Meal is a fine-textured, light-colored nut flour made from ground sweet almonds. "Blanching" refers to submerging almonds in boiling water to loosen and then remove their papery skins. This Almond Meal is made from ground, blanched almonds for a smooth texture and consistent, creamy color. A versatile ingredient, Almond Meal adds the sweet, rich, buttery flavor of almonds to breads, cakes, cookies, crackers and other baked goods, without adding typical crunchy texture of almonds. It is often used in cake and pie fillings, and is a main ingredient in marzipan and almond paste. It can also be used as a flavorful substitute for all or part of the wheat flour in baking recipes to reduce gluten or carbs.