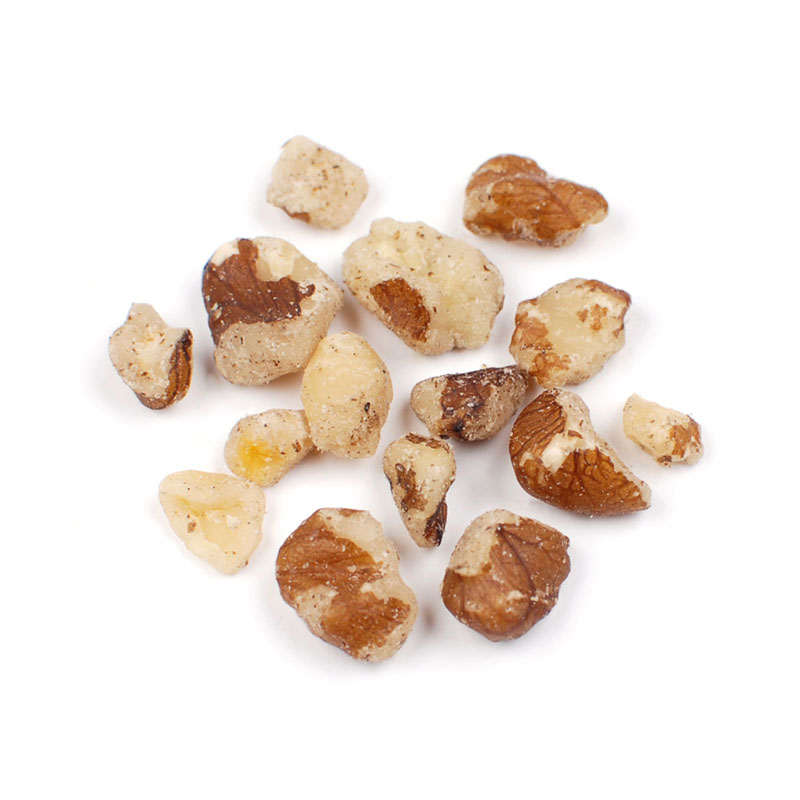 Black Walnuts have a bolder, fuller flavor than other walnuts with a creamy texture and soft crunch. We source premium black walnuts and chop them for an easily applicable form of delicious Black Walnut Pieces.

Our Black Walnut Pieces are raw walnuts which are shelled and broken into small pieces. They have a soft crunch which can be enhanced with a light toasting or a gentle roasting, which will also bring out their inherent aroma. Black walnuts have a more pronounced flavor and aroma than English walnuts.

Walnuts, as many nuts, are a good source of protein and dietary fiber. They are also a key source of polyunsaturated fatty acids and antioxidants.