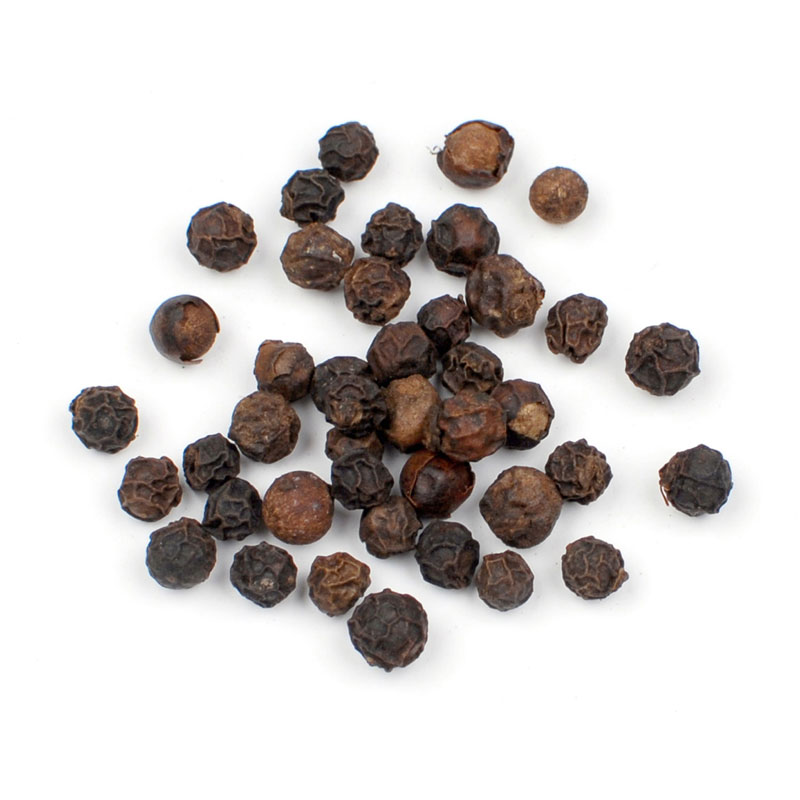 Black Tellicherry Peppercorns come from the western Malabar Coast of southern India. Grown on the sunny slopes of Mt. Tellicherry, these peppercorns are left on the vine longer, allowing them to grow larger and develop a rich, clean, aromatic flavor with deeper citrus and floral notes.

While Vietnam is currently the world's largest producer of black peppercorns, India was the site of the first documented peppercorn use, in the 4th century B.C. Experts believe the plant originated in the Southern Indian state of Kerala.

Peppercorns have far-reaching cultural and historical significance. Europeans sought them as far back as ancient times, and as a result they often drove exploration and commerce. As early as the Roman Empire, they were bought, sold and taxed. The lure of pepper and other spices brought explorers from all over Europe to India during the Middle Ages and the Renaissance.

In this recipe, juicy pan-seared sirloin steaks are rubbed with a simple salt, garlic powder and onion powder blend then coated with our ground Black Tellicherry Peppercorns - an aromatic, slightly citrusy variety from the Malabar Coast of southern India. 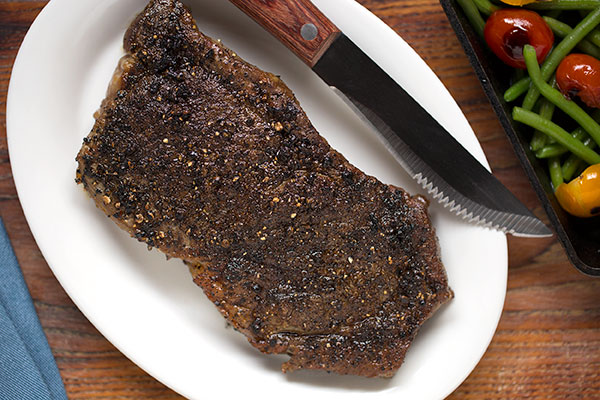